Home Entertainment News U2 Receive Kennedy Center Honors In US 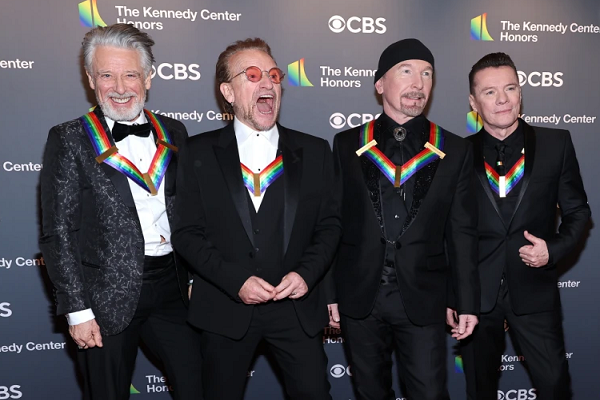 Irish rock band U2 were celebrated on Sunday for their contributions to the performing arts at the Kennedy Center Honors Show.

The event celebrates stars from music, stage and screen for their contribution to American culture.

David M Rubenstein ,The Chairman of the Kennedy Center, said U2 had won over America and the world with their “iconic anthems, potent lyrics, and powerful messages of social justice and global citizenship”.

Bono, Adam Clayton, The Edge, and Larry Mullen Jr were all present at the ceremony.

The band said that they were very grateful to the Kennedy Center for welcoming them into a great clan of extraordinary artists.