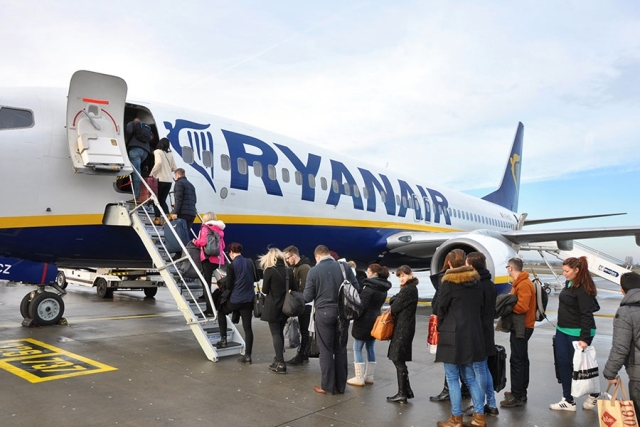 Irish-based Ryanair pilots who are members of the Irish Airline Pilots’ Association are to strike a fourth day on Friday, 3rd August. Around 100 Irish based pilots will walk off the job.

It comes as the airline warns that the jobs of up to 300 pilots and cabin crew could be at risk, as it plans to scale back its fleet in Dublin.

The pilot strike has so far led to the cancellation of 70 flights affecting 11 thousand passengers, with more disruption yet to come. The airline confirmed plans to cut the number of its planes in Dublin from 30 to 24.

It’s told 100 pilots and over 200 cabin crew that their services may not be required from the end of October. Ryanair is blaming the recent strikes and their impact on bookings.

What’s the real story behind today’s action by Ryanair?

This issue is resolvable by negotiations.

Fórsa said further strike action would follow later this month unless the airline’s management changed tack and negotiated in good faith on the issue of base transfers and related matters.

In a statement today, Fórsa said it believed the airline’s decision to issue protective notice to 300 of its staff today was an attempt to put pressure on its employees.

It said the provocative act, which was likely to harden pilots’ resolve, had escalated the dispute while demonstrating management’s unwillingness or inability to negotiate with unions in good faith.

“Ryanair’s unnecessary decision to issue protective notice to 300 of its staff today is reckless and unnecessary, and demonstrates management’s unwillingness and/or inability to implement the airline’s declared intention to agree working conditions with its staff by negotiating with their chosen trade union representatives.

The move also belies recent Ryanair statements that industrial action by the Irish Airline Pilots’ Association (Ialpa) has had no impact on the company’s operations.

It is normal practice for airlines to reduce activity in the winter months.

In light of this – and of Ryanair’s recent difficulty in recruiting and retaining enough pilots to fulfil its schedules – it remains unclear if todays’ provocative move heralds a significant change in normal practice.

However, the union sees today’s announcement as a provocative gesture which is likely to harden pilots’ resolve.

Last Friday (20th July), the union wrote to Ryanair management to say it remained available for negotiations. There has still been no response to this. Fórsa remains available for talks, and believes it is possible to reach an agreement on the issues in dispute through negotiations.

Given its inability or unwillingness to engage in constructive negotiations, Ryanair management would do well to consider the use of independent third party mediation, as has frequently been suggested by Fórsa, to help the parties reach a settlement that addresses pilots’ reasonable issues, while preserving jobs and growth in the company and its Irish bases.”

Fianna Fáil Spokesperson on Transport, Tourism and Sport Robert Troy TD has called for an Independent facilitator to be appointed to help resolve the ongoing dispute between workers and management at Ryanair.

”All sides in this dispute need to step back and recognise that the current deadlock is damaging for all sides and is achieving little.

“It is obvious that trust has broken down entirely between the striking workers and management.

Both sides seem to be growing further apart as this dispute continues and are no closer to reaching agreement. Further hostility needs to be avoided to prevent job losses and long term damage.”