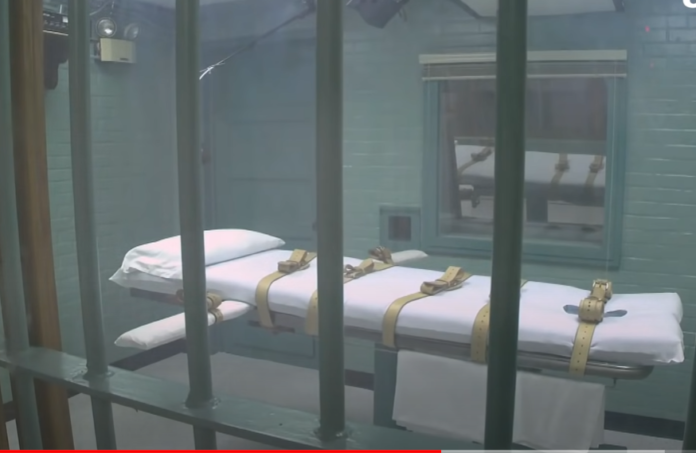 Lisa Montgomery became the first woman to be executed on federal death row since 1953. The Supreme Court cleared the way for her execution by overturning a stay.

Regarding the execution, the US Justice Department released a statement, “Lisa Montgomery, 52, was executed at the US Penitentiary Terre Haute in accordance with the capital sentence unanimously recommended by a federal jury and imposed by the US District Court for the Western District of Missouri in 2007”.

Whether or not this execution should be allowed was cause for debate across federal courts. Lisa Montgomery was originally due to be executed in the Justice Department’s execution chamber in Terra Haute, Indianna yesterday.

In 2007, Lisa Montgomery was found guilty of kidnapping and murdering Bobbi Jo Stinnett. Stinnett was 8 months pregnant at the time.

Montgomery cut the baby from Stinnet’s womb, but it managed to survive.

Some of the victim’s relatives came to see Montgomery’s execution.

Ms Henry also said in a statement, “No one can credibly dispute Mrs Montgomery’s longstanding debilitating mental disease, diagnosed and treated for the first time by the Bureau of Prisons’ own doctors”.

Montgomery’s lawers also claimed that their client had committed this crime, having endured a traumatic childhood, where she was raped and abused repeatedly by her stepfather as well as his friends. They said that she should spend life in prison instead of being executed.

This execution was one of three that were organised by the Justice Department for the last full week of Donald Trump’s presidency. The other two executions are to take place tomorrow. They were delayed by a federal judge in Washington, due to Covid-19 concerns.

Federal executions have been on hold for 17 years. Three men have been executed by the US Government since 1963, until the practice was resumed by the Trump administration last year. Trump has been an outspoken supporter for capital punishment, these views predate his election to the White House in 2016.