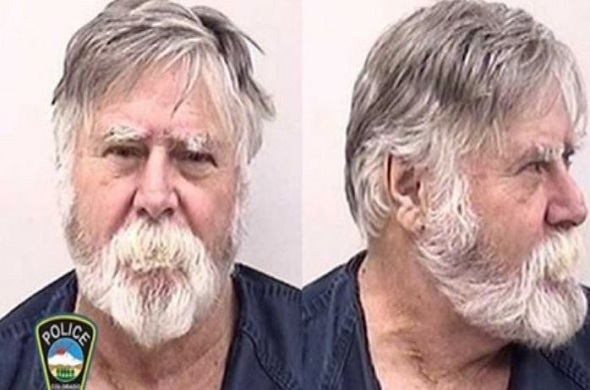 In the States, a robber from Colorado was feeling festive after he bagged thousands of dollars from a bank on Monday afternoon.

According to reports, 65-year-old David Oliver, went immediately outside the bank and shouted “Merry Christmas!” while throwing tons of notes into the air.

Speaking to KKTV an eyewitness said that the man ran out of the Academy bank, threw money into the air and yelled out the holiday wishes. He then went to a Starbucks where he sat down and waited patiently to be arrested.

Police told reporters that Oliver was arrested peacefully and no weapon was found on him, though the he reportedly said he had a weapon while robbing the nearby Bank.

However, Colorado Springs police Sgt. Jim Jeffocat, did not confirm to The Denver Post that cash was hurled into the air or that the man shouted out “Merry Christmas.”

The sum of the stolen cash remains undisclosed, but Jeffocat informed reporters that thousands of dollars remain missing.

Witnesses said that people walking down the street grabbed the money but returned it to the bank. Surre they did…