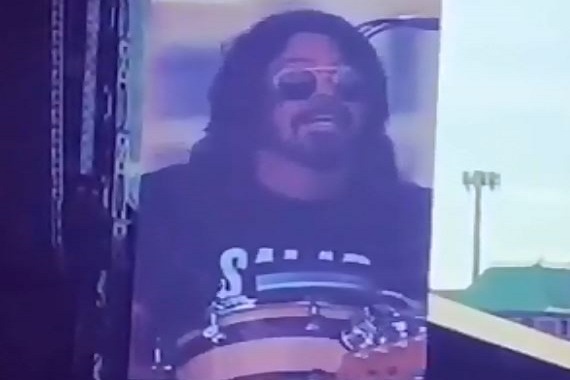 Dave Grohl, legendary icon of the Foo Fighter’s made a surprise appearance on stage with rock icons Squeeze at a music festival last weekend in Ky Louisville.

At the event called the Bourbon and beyond festival, the crowd were given a surprise bonus when Grohl got up on stage and joined the band in a rendition of their classic song “Black Coffee In Bed.”

Antimusic reports that Squeeze have just finished up the American leg of their Songbook Tour and are getting ready for Uk concerts next month with special guests Heaven 17. Check out footage of the Grohl jam below: