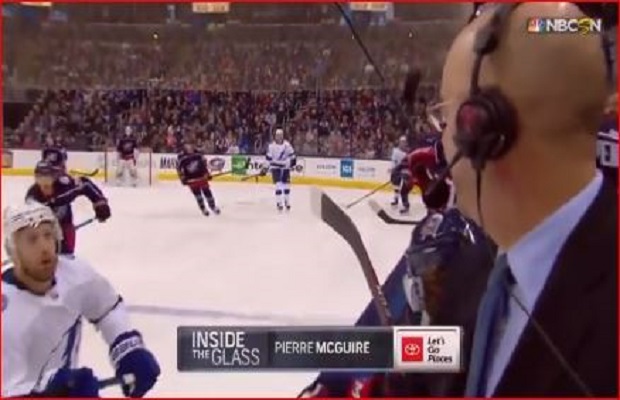 An ice hockey sports commentator had a lucky escape after an errant puck just barely missed his head.

According to BN, Pierre McGuire was in attendance at Tampa Bay Lightning play Columbus Blue Jackets when the puck skimmed just inches past his head.

The puck sped into a camera just behind McGuire, who commentates in an area known as “inside the glass” by NBC. The NBC Sports analyst said in after the incident, “it’s all part of what goes on down here.”