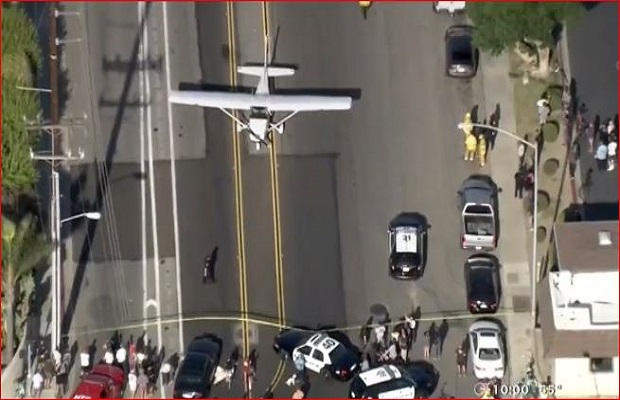 A student pilot’s been forced to make an emergency landing on a busy street in Los Angeles. The woman took the decision after having engine problems.

The light aircraft hovered low over the road in Huntington Beach, and managed to safely avoid other vehicles and power lines during rush hour yesterday afternoon.

According to CBS Los Angeles,  the plane was flying toward John Wayne Airport in Santa Ana. Authorities were alerted just before 5 p.m. that the plane was down in the area of Hamilton Avenue and Newland Street.

Officials found the plane had made a safe emergency landing, .The plane was a Cessna 172. It landed about five miles southwest of the airport.