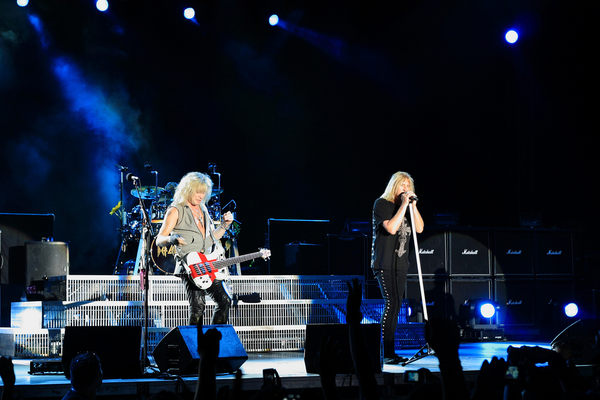 Def Leppard have a new album out now, it’s called Diamond Star Halos, it’s their 12th studio album and is a nod to all things glam rock of the 70’s

I caught up with Joe Elliott in LA the other night for a natter, the band were in the middle of rehearsals for their massive 36 city “The Stadium Tour” with Mötley Crüe, Poison and Joan Jett.

He told me it’s a whole new world of recording now and the pandemic actually helped create a great record.

The album’s first single, “Kick”, was released to widespread critical and commercial acclaim in March 2022.

Diamond Star Halos marks the band’s first new work since 2015’s chart-topping self-titled, Def Leppard. It is available now in multiple configurations, including a Deluxe Edition, 2-LP Vinyl, Digital formats and more. The artwork for Diamond Star Halos is art in itself. The design follows pedigree with their instantly recognizable album covers from their celebrated past. With images by world renowned photographer and director Anton Corbijn, styling concepts by Maryam Malakpour and graphics by the UK based Munden Brothers, the design truly follows the band’s influence through their eyes today.

Check out the full tracklisting below and buy the album HERE.