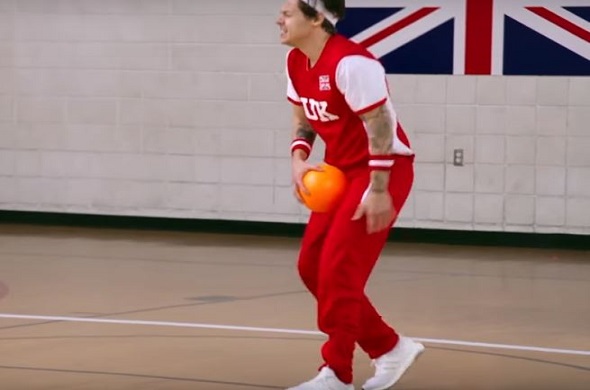 As part of his UK edition of The Late Late Show, James Corden went to war with the former First Lady of the Free world in a UK vs USA celebrity dodgeball contest.

Mrs Obama revealed how easy it was to assemble the US team is for the Dodgeball challenge:

“You would not believe how easy it was to get people to do this,”. “All I had to say was, ‘You’re gonna throw a ball at James Corden’.”

Melissa McCarthy, Mila Kunis, Kate Hudson, Lena Waithe and Allison Janney excited by the thought of taking a shot at the cheerful TV host and his unsuspecting group of victims.

Corden’s team was a star-studded line up of Styles, John Bradley, Benedict Cumberbatch and a British-for-the-day Reggie Watts to back him up.

Michelle knows that ball is going in One Direction. Check out the video below!