Home Music WATCH: The Killers Perform From The Rooftop Of Caesars Palace 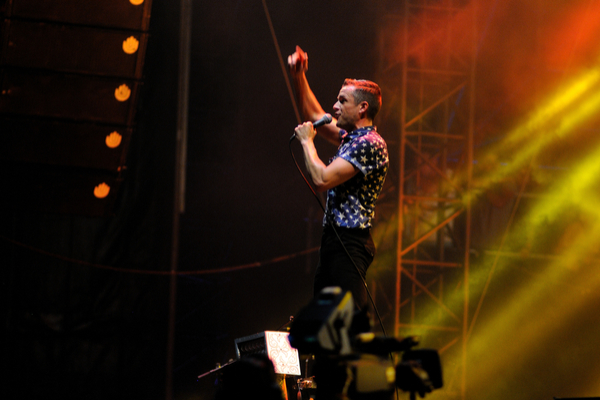 The Killers returned to their hometown of Las Vegas at the weekend to perform a special live show for Radio 2’s ‘Live At Home Festival’.

The band took to the rooftop of Caesars Palace and performed songs from their new album Imploding the Mirage as well as some fan favourites including ‘When You Were Young’.

Before their performance the band said: “Out of the ordinary times, so we followed suit and jumped on the roof of Caesars Palace, Las Vegas to do what we do. Felt strangely natural!”

Nile Rogers & Chic, The Pretenders and Sheryl Crow also performed as part of the two-day festival.

You can watch the video of The Killers perform below.

The Absolute Legend, Michael Bolton Plays The 3 Arena Tonight. Are...