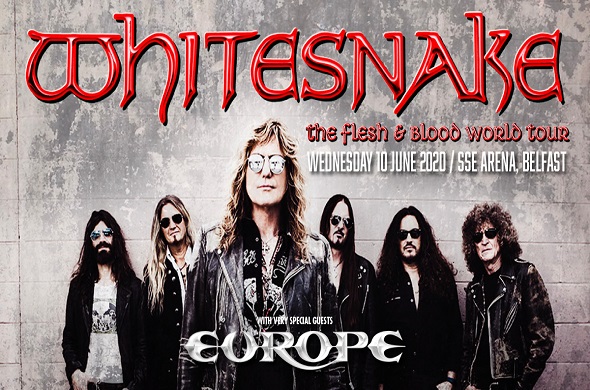 Whitesnake will be hitting Belfast on June 10th with very special guests Europe. Tickets on sale Friday 24th January from 9am at www.ticketmaster.ie.

And Nova has tickets to give away across all of today on Marty Miller, Dee Woods & Pat Courtenay’s shows! 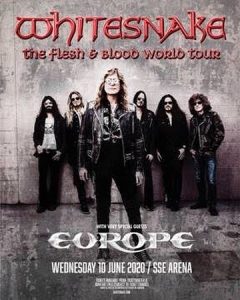 Whitesnake boasts a catalogue that spans the decades with seminal and anthemic hits such as “Here I Go Again”, “Still of the Night” and “Is This Love” to name a few. Very special guests Europe will bring their electrifying “The Final Countdown” and more to Belfast.

One of the most anticipated shows of 2020, even this mega line-up cannot contain their excitement! “Thrilled beyond words we can finally come see You All!!! It’s going to be One Helluva Night together!! With our friends EUROPE!!! Can’t Wait!!! See You Soon!!!” says David Coverdale of Whitesnake. 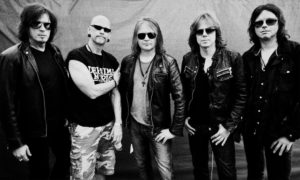 Europe’s Joey Tempest said “What an explosive start to the summer of 2020 for us! A return to Belfast with our friends Whitesnake! YEAH! An evening of some of the biggest anthems in classic Rock! We are truly honored to be invited as special guests”.

Tickets for Whitesnake with very special guests Europe go on sale Friday from 9am at www.Ticketmaster.ie

Mega platinum WHITESNAKE, the legendary rock ’n’ roll band founded and formed by DEEP PURPLE singer and Rock and Roll Hall Of Famer DAVID COVERDALE are proud to announce the continuation of the 2019 “FLESH & BLOOD” World Tour into 2020.  Following the global success of the “FLESH & BLOOD” album WS played 55 shows in 24 countries to over 600,000 fans in 2019.

As in 2019, the tour will feature songs from the bands critically acclaimed and award winning 13th studio record entitled “FLESH & BLOOD” alongside their biggest hits & songs from one of the greatest back catalogues in rock ‘n’ roll history spanning over 40 years.

Founded in 1978 by former Deep Purple singer David Coverdale, the band have earned multi-platinum albums including ‘TROUBLE’, ‘LOVEHUNTER’, ‘READY AND WILLING’ and ‘COME AN’ GET IT’ through to the explosive hard rock of the revamped ‘SNAKE sound with the multi-platinum ‘SLIDE IT IN’ & having just celebrated its 30th anniversary in 2017, 1987’s self-titled mega-million-selling smash-hit album, ‘WHITESNAKE’.  From these albums came multiple top 10 hits worldwide, including 2 number 1 singles with “Here I Go Again” and “Is This Love” as well as the unforgettable hammer of “Still Of The Night” all leading to virtual 24-hour domination of MTV around the globe.

With over three decades and dozens of millions albums sold, including a no1 hit in 25 countries, Joey Tempest (vocals), John Norum (guitars), Mic Michaeli (keyboards), John Leven (bass) and Ian Haugland (drums) are as hardworking as ever, annually performing concerts worldwide and producing new albums that are critically acclaimed by fans and the music industry alike.