It’s GOOD VERSUS EVIL all this week on Radio Nova as we celebrate Stephen King’s epic novel The Dark Tower coming to the big screen on August 18 with Matthew McConoughey and Idris Elba.

Roland Deschain (Idris Elba), the last Gunslinger, is locked in an eternal battle with Walter O’Dim (Matthew McConaughey), also known as the Man in Black. The Gunslinger must prevent the Man in Black from toppling the Dark Tower, the key that holds the universe together. With the fate of worlds at stake, two men collide in the ultimate battle between good and evil.

Just by listening closely to the “good guys”: Marty & Conor on Morning Glory and the “evil one” Pat for your Drive Home, you and a friend could be off to the home of the Dark Tower: New York City with flights, 4 star accommodation, transfers, tours and spending money all thanks to Sony Pictures!

the 10th caller wins a copy of the novel “the dark tower” by stephen king and goes in the draw for the new york trip ON Monday 14 AUGUST its that easy! 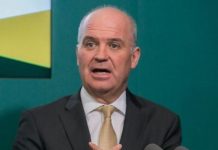 Fuel Me Up Texaco Promotion