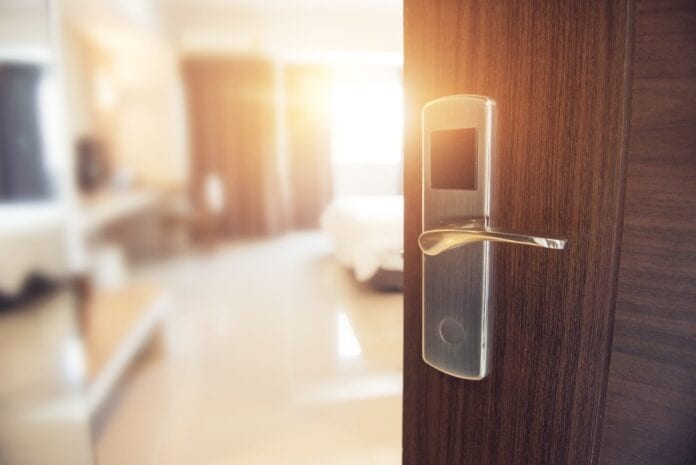 Over the weekend, it emerged that a woman who is currently in hotel quarantine is asking the High Court to enquire into what she claims was unlawful detention.

The woman in question, Inbar Aviezer has been in quarantine at the Holiday Inn Express Hotel since last Wednesday. She had flown in from Israel.

She had already received the Covid-19 vaccine and had returned two negative tests upon arrival.

Under the constitution, the legality of her detention has been brought against the Health Minister. It was also brought against TIFCO Managment Services (Ireland) Ltd who are the operators of the hotel Ms Aviezer is staying at.

Conor Power SC for Ms Aviezer said that while, “the doors of her hotel room are unlocked”, she must stay in her room for most of the day. She also receives her food in the hotel room.

He added that while his client says she is being detained, the detention is unlawful.

Similar to the “Dubai two”

It was also reported last week that the “Dubai two” would also continue their legal challenge against Ireland’s Quarantine System. More here.

The notion that the state must take measures to protect themselves against the spread of Covid-19 was accepted however.

Counsel described the decision to require Ms Aviezer to quarantine at a hotel in this case as “disproportionate”.

Counsel also added, that the fact that his client had already been vaccinated against Covid-19 and had tested negative for the virus twice were not taken into consideration.

Deespite the negative tests, Ms Aviezer was told she had to quarantine for 14 days and pay a sum of €1,850. This would cover the cost of her stay at the hotel.

Counsel added that her appeal was unsuccessful and that anyone who leaves the hotel risks being arrested and returned to the hotel.

The court also heard how Ms Aviezer had moved to Ireland to be with her fiancé. She is a citizen of Israel, Switzerland and the USA. She is to also start a job in the healthcare sector at the end of this month.

Counsel also added that Ms Aviezer was unaware of the quarantine rules in Ireland.

Justice Allen said he was prepared to hear the application for an inquiry in the presence of solicitors for the Health Minister.

It was confirmed today by Health Minister Stephen Donnelly that Israel, along with Albania and St Lucia would be removed from Ireland’s Hotel Quarantine list.

Man Arrested In Dublin For Large Amount Of Cannabis