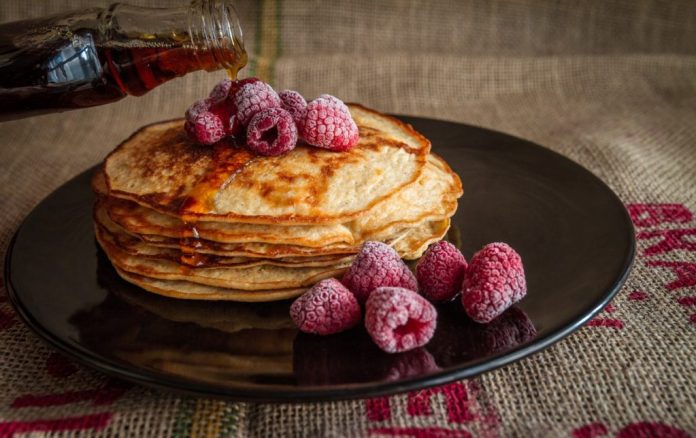 Pancake Tuesday is the pinnacle of the February calendar. It’s the one day where we can gorge and eat our body weight in food without being judged.

The day, which in our minds should be a national holiday, was formally known as ‘Shrove Tuesday’ but look it’s all the same – it’s all about the food.

But… did you know the craic about the big pancake event?

1. In France, a normal routine involves holding the frying pan in one hand, a coin in the other and making a wish as you flip the pancake!

2. Before baking soda was invented, cooks used to use snow. Yes, snow. It gave pancakes their fluffy texture – so basically this was the reason we didn’t have fluffy pancakes in Ireland.

3. In England – they have pancake races, every single year. Apparently it began after a woman lost track of time while cooking pancakes donkey years ago, running out the house with pan and pancake still in hand when the bells rang for mass!

4. The French call Pancake Tuesday ‘Fat Tuesday’. This is because of its ancient ritual of parading a large ox through Paris to remind people that meat was forbidden during Lent! (These lads need to calm down).

5. The largest amount of pancakes tossed in the shortest space of time is 349 tosses in two minutes. Impressive.

6. People in Iceland celebrate the day by traditionally eating salted lamb or horse and split pea soup. No pancakes. They’re more into the ‘shrove’ side of things!

7. The day originally derived from a pagan festival which made pancakes round to resemble the sun believing it would bring back the warmth of spring. And eating them would give people the same levels of power, light and warmth as the sun. EAT ALL THE PANCAKES.

8. 26,000 litres of Clark’s Maple Syrup is sold on Pancake Tuesday alone. That equals 325 bath tubs of maple syrup – what even are we?

9. Mike Cuzzacrea ran the New York City Marathon in 1999 while tossing a pancake – he completed it in three hours, two minutes and 27 seconds. We’d have it eaten following the 27 seconds.

10. The most watched pancake related video on YouTube is this and ehm we’re dying. 14 million hits people – we seriously need to have a chat with ourselves…

Kevin Hart Stands Down As Host Of Next Year’s Oscars