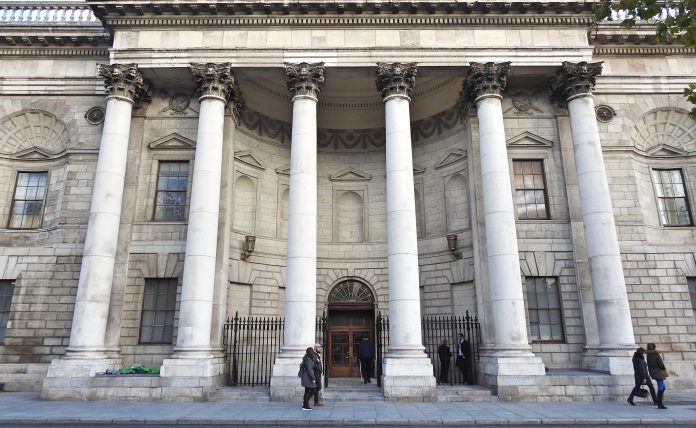 The Ana Kriegel trial has heard detectives put it to BOY B that CCTV footage from the park where she was last seen alive, didn’t match what he told them during questioning.

BOY B, who can’t be named because he’s only 14, is one of two boys accused of murdering the Kildare schoolgirl on May 14th last year.

The jurors are continuing to watch BOY B’s recorded interviews with Gardaí following his arrest on May 24th last year.

Yesterday, the jury heard he told Gardaí that BOY A called to his house on the day Ana went missing and asked him to call for her.

He did and he said they’d arranged to meet in a park near her home.

When asked why BOY A didn’t call for her himself, he guessed it was because he was too shy or didn’t want to be seen in public with her.

A number of pieces of CCTV footage from near Ana’s home and the park he walked to with her were shown to him during his interview.

He identified BOY A in one clip walking in the direction of a sewerage treatment plant. He told Gardaí that was weird and he didn’t know why BOY A was down there. He’d already pointed to another location where he claimed he met BOY A with Ana.

Gardaí asked him if he could see it was impossible that he met him there given BOY A’s whereabouts on the CCTV footage at that time.

Power Restored To Everyone Affected By Storm Lorenzo