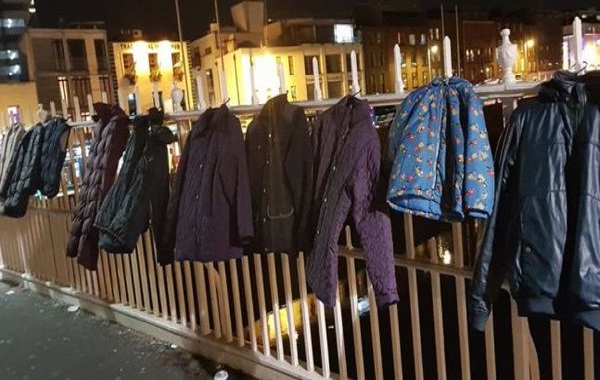 Over 40 coats for the homeless were put back up on the Ha’penny Bridge yesterday evening.

The act of defiance was as Dublin City Council removed jackets over the weekend. They carried out action saying it was over health and safety concerns. 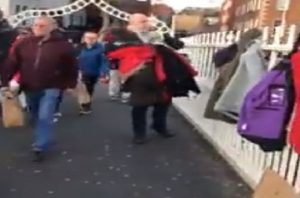 However last Saturday the council later cited health and safety concerns as the reason the jackets were remove. They stated they would be redistributed through homeless services.

A DCC spokeswoman told Dublin Live over the weekend: “It is the City Council’s duty to protect the public and prevent accidents from occurring on this footbridge, through any restrictions in pedestrian flow, particularly at this time of year when thousands of people use this bridge on a daily basis.”

The organiser of the #warmforwinter campaign has returned to the Ha’penny Bridge to hang 40 more coats #Dublin https://t.co/4fuxWjvvd5