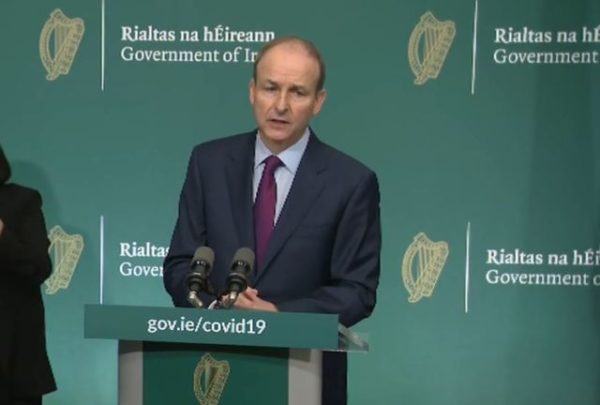 Taoiseach Micheál Martin claimed that the extra 550,000 vaccines from Pfizer will keep Ireland’s target of giving 80% of adults their first dose by June “on track”.

This came after the booking portal for people aged between 60 and 69 to book their vaccine appointments online launched yesterday.

It is understood that the HSE is opening the portal on a phased basis to help staff cope with the demand.

AstraZeneca to be used for over 60s

It has been reported that the majority of over 60s will receive the AstraZeneca jab. This comes after NIAC reccomened the vaccine’s use for this age category.

The European Medicines Agency will review the J&J Vaccine and make an annoucement next week.

There was better news regarding the Pfizer jab. The European Commission’s president Ursula Von der Leyen confirmed a deal had been agreed with Pfizer which will see 50 million vaccines due to be delivered at the end of the year fast tracked. Ireland is due to get around 550,000 jabs.

Taoiseach Micheál Martin said the arrival of these extra doses from Pfizer keeps Ireland’s target of offering a first dose to 80% of adults by June on track.

Mr Martin had this to say.

He continued, “Critically as well, the over 70s completion of first dosage is on track towards the week commencing April 19 and second dose completion by mid May . That’s a very key target group and that’s on track.

“I think it’s positive news today in relation to the vaccination. Janssen is paused, the J&J vaccine, but that may come back into play following interaction with the EMA”.

“The AstraZeneca vaccine will be available for those aged 60 to 70 and the HSE will be going live with the online portal so the general public can commence registration. So progress is being made”.

This comes as Táiniste Leo Varadkar said today that he is hopeful barbers and hairdressers can reopen at some point in May.

Speaking this morning, Varadkar said, “I’m not saying May 4, but over the course of May, there will be a phased reopening of personal services including hairdressers and barbers”.

Check out more on that here.

Paddy Jackson And Stuart Olding Have Expressed Their ‘Regret’ After Their...

Promises To Improve Parking Services After Complaints Over Clampers