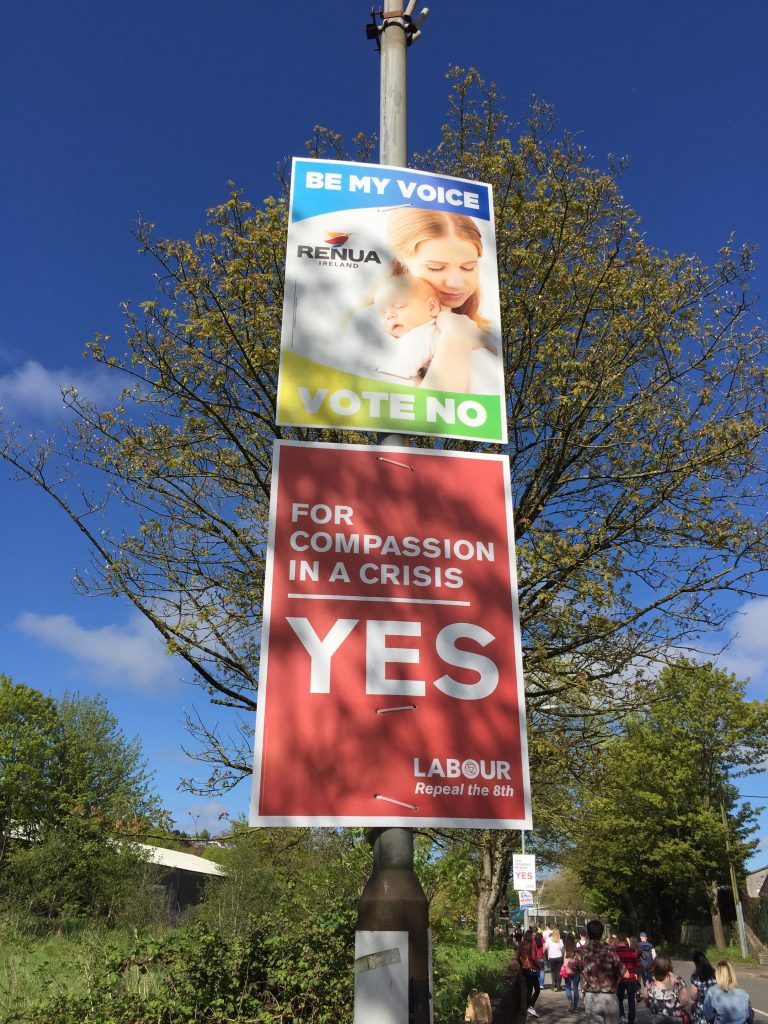 The ‘Yes’ campaign appears to have a significant lead, as we head into the final week of the 8th Amendment referendum campaign.

A Sunday Times Behaviour and Attitudes poll of 935 people between May 3rd and 15th shows a 5 point increase for the ‘Yes’ vote in urban areas – with a surge of 12 points in Dublin to 67% and up 11 points to 54% in the rest of Leinster.

Both sides of the campaign will be taking their case to the people today as the days are counted down before Polling on Friday 25th May.

The Taoiseach Leo Varadkar and Tanaiste Simon Coveney will be canvassing in Tullamore County Offaly throughout the day.

The ‘Hear Me Out’ group are also calling for a national day of personal action.

They want people that feel they have been negatively affected by the eight amendment to have a quiet conversation, send a letter, an email or even a text asking an undecided or no voter in their life to ‘ Hear Me Out’.

Meanwhile, those encouraging a NO vote will maintain their canvass in a bid to persuade voters to reject the plans proposed by the government to deal with abortion.

The Love Both Bus is continuing its travels around the country and is in the South West of the country.

Government Calls For All Pubs In Ireland To Shut From Midnight