Home Entertainment A ‘Breaking Bad’ Movie Is On The Cards! 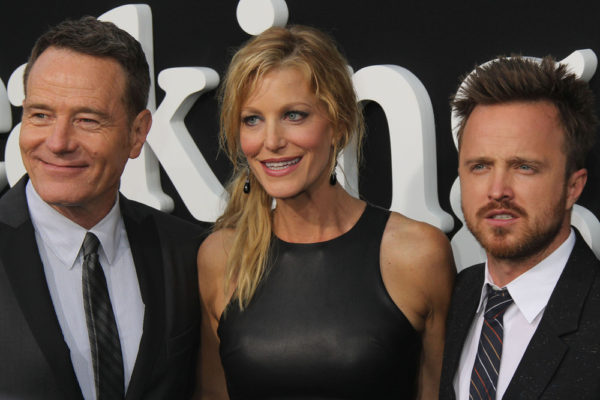 The hit television show, Breaking Bad which premiered in 2008 and ran for five seasons looks set to be made into a film.  According to The Hollywood Reporter, the massively successful TV show’s creator Vince Gilligan is busy devising a two-hour movie project.

It’s reported that the release is presently coming to fruition under the working title Greenbrier. The NME reports that it “will be set in the existing Breaking Bad franchise”, and will tell the story a kidnapped man’s escape and quest for freedom. The New Mexico Film Office has confirmed that production will start this November in New Mexico.

It remains unclear if the movie will be a prequel or sequel to the original TV show, and it’s not known if the original cast will be involved in the forthcoming project. The Hollywood Reporter states that Gilligan will oversee the film, writing the script, executive producing with rumours that he could also direct. Better Call Saul executive producers Mark Johnson and Melissa Bernstein are also meant to be on board.

Gilligan admitted earlier this year that he “desperately” wanted to reunite Walter White and Jesse Pinkman on Better Call Saul. However. Bryan Cranston said that he didn’t desire Breaking Bad to return for a new series. “In some ways, it’s best to leave it alone – you want to think back on it favourably. I don’t want to mess with it.” Cranston did say to the press in 2014 “never say never” when questioned about a potential movie adaptation.

Breaking Bad‘s 10th anniversary is set to be honoured with a vinyl soundtrack release later this month.