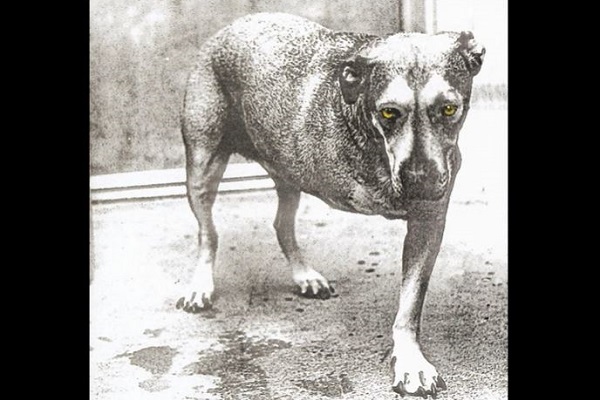 Yesterday marked 26 years since the release of Alice In Chains’ self-titled, third full-length album, and final effort with the late Layne Staley. Debuting at No. 1 on the Billboard Album Chart, and generating more than 3 million copies sales, AIC hits included Grind, Heaven Beside You, Over Now, and Again.

Expanding on their signature sound of depression, isolation and death, AIC run through super heavy songs like Grind, and Head Creeps, to epic compositions like Frogs, and fan favourite, Sludge Factory. Fans were graced with even more melodic and moody acoustic sounds they tapped into on their Jar of Flies EP.

Staley’s heroin abuse led to AIC calling a hiatus in late ’94, as at times, the mess had worn thin on the band. During this time, the vocalist with Pearl Jam guitarist, Mike McCready, late-bassist John Baker Saunders, and Screaming Tress drummer, Barrett Martin, to form the supergroup Mad Season. A month later, AIC began recording with producer Toby Wright in Bad Animals Studio, although Staley’s heroin use would continue through the sessions.

In Greg Prado’s book, Grunge Is Dead, AIC guitarist, Jerry Cantrell revealed, “It was a really painful session because it took so long. It was horrifying to see Layne in that condition. Yet when he was cognizant, he was the sweetest, bright-eyed guy you’d ever want to meet. To be in a meeting with him and have him fall asleep in front of you was guy-wrenching.”

This resulted in the AIC guitarist to take on a large portion of the songwriting and vocals for the album. Heaven Beside You, Grind — featuring the chilling opening line, “In the darkest hole, you’d be well advised / Not to plan my funeral ‘fore the body dies, yeah” — and Over Now.

Heaven Beside You addresses Cantrell’s break-up with his girlfriend of seven years, seen in the liners notes of AIC’s ‘99 box set, Music Bank. Canrtell said the song is “another attempt to reconcile the fact that my life and paths are tearing me apart from the person I love.”

Never fully touring behind their self-titled album, AIC performed on MTV Unplugged in April ’96, even opening for Kiss before Staley overdosed on heroin. As he recovered, the band were forced into another hiatus while Staley privately battled his heroin addiction for the rest of his life, until his passing in 2002.

Nominated for a Grammy in ’96 and ’97 for Grind and Again, AIC would eventually lose out to Pearl Jam’s Spin the Black Circle, and Smashing Pumpkins’ Bullet With Butterfly Wings, respectively. The latter track also lost out on an MTV Video Music Award for Best Hard Rock Video to Metallica’s clip for Until It Sleeps.

This AIC classic album musically depicts their mid-90s grunge sound, influencing a generation of music lovers and aspiring musicians. The effort marks an end to an era and is the last time album to feature Layne Staley’s unique and powerful voice. 14 years would pass before a new effort would be released by the band with Black Gives Way to Blue, featuring new singer William DuVall.

Metallica Track Saves A Canadian Woman From A Cougar Attack!