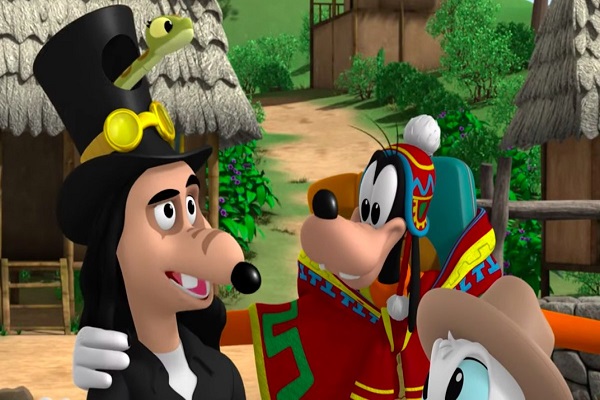 Similar to Axl Rose’s animated incarnation last year, Alice Cooper has become the next rocker due to make an animated appearance on an upcoming children’s cartoon show!

Cooper is set to appear on the Disney Channel’s Mickey and the Roadster Racers.

The character shares a similar dress sense with the rock icon. Speaking to Entertainment Weekly, Cooper offered his thoughts:

“It’s so funny that they have a snake coming out of my top hat — the two things that Alice is known for.”

Cooper claims he was a “huge Goofy fan,” and said he was delighted to play a “non-threatening character.” “Generally when I play parts in movies or TV, I’m always the villain,” he noted. “It’s kind of nice to not be the villain for once.”

The episode hits TV on July 5 at 8 AM ET on the Disney Channel.