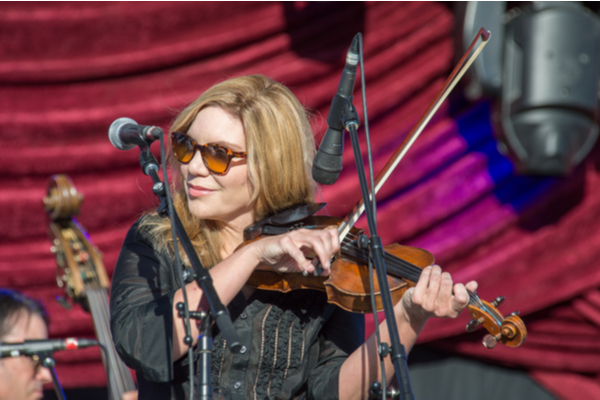 It has emerged that the Bluegrass Country singer has record two tracks for the band’s latest album, which will arrive on 27 May.

Alison Krauss is a 27 time winning Grammy Award winner. Five of these awards came from her 2009 collaboration with Led Zeppelin’s Robert Plant for the album ‘Raising Sand’. The duo also released the album ‘Raise The Roof’ last year.

Def Leppard have already released their first track from the new album ‘Kick’. Check it out below.

The record ‘Diamond Star Halos’ is also the first new Def Leppard album since they released their self titled ‘Def Leppard’ back in 2015.

Along with the contribution of Alison Krauss, the album will also features long time David Bowie collaborator Mike Garson. The pianist performs on the tracks ‘Angels (Can’t Help You Now)’ and ‘Goodbye For Good This Time’.

Head over to @TIDAL to listen to our new song "Kick" ⭐️

While you're there, make sure to favorite our page to get all the latest updates 🔥https://t.co/25gAOkMQvd pic.twitter.com/u4ZApCoUvT

You can check out the album tracklist below.

Def Leppard are to also embark on a US Tour from June to September of this year.

Last month, the band’s drummer Rick Allen insisted that this tour would take place this Summer. More on this here.

Win Your Way To See Elbow Live In 3Arena Next Year