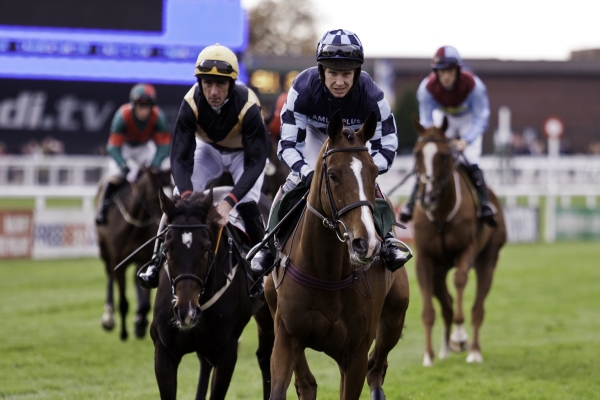 The great ‘English banker’ of the Cheltenham Racing Festival 2018 Altior has proved true to its exhalted status as Nicky Henderson’s star turn has won the feature race on day two of the Prestbury Park Ladies day card- the Queen Mother Champion Chase.

The evens money favourite held off a stiff challenge challenge from 5-to-2 shot ‘Min’ to take the line under English jockey Nico de Boinville.

The Tom George-trained God’s Own came in third at 40-to-1. But before the big race there was consternation as the great Ruby Walsh was stood down after a heavy fall.

Willie Mullins’ son Patrick Mullins was drafted in as a result to take the ride on Douvan in today’s feature, after Walsh was hospitalised having suffered a suspected broken leg.

Walsh’s mount Al Boum Photo fell at the second-last fence in the RSA Novices’ Chase, and he’s been taken to hospital for x-rays.

Walsh had only returned to the saddle a week ago after four months out with a broken leg.

Walsh’s fall and Altior’s win aside, it’s been a good day for the Irish on day two at Cheltenham. Meath trainer Gordon Elliott has picked up two winners this afternoon.

And 7-to-1 chance Tiger Roll won the Cross Country Chase ahead of 12-to-1 shot Urgent De Gregaine.

Willie Mullins picked up a fourth win of the festival, with ‘Bleu Berry’ claiming the Coral Cup at a price of 20-to-1. Topofthegame was second for trainer Paul Nicholls at 9-to-1, while 16-to-1 chance Barra was third.

Pat Kelly’s ‘Presenting Percy’ won the RSA Novices’ Chase at a price of 5-to-2, comfortably beating the Noel Fehily mount of ‘Monalee’ into second. 9-to-1 chance Elegant Escape was third.

Focus On V A R As Spain And Portugal Both Breath...