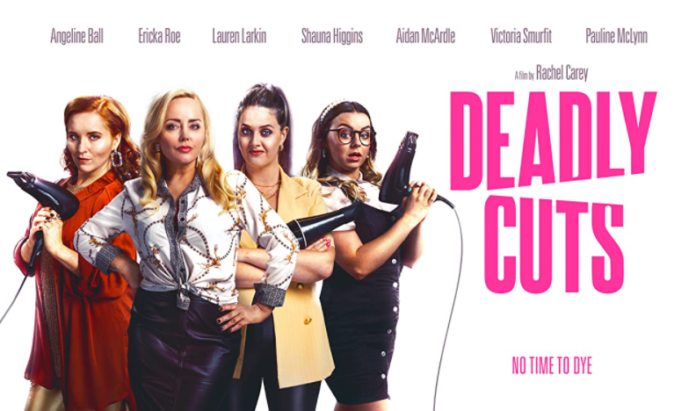 Out in Irish cinemas 8th October 2021, the Dublin-set comedy DEADLY CUTS follows the stylists of a Dublin hair salon who become accidental vigilantes as they take on a local gang threatening their community.

Angeline is known best for her role as singer Imelda Quirke in The Commitments and says that although there naturally will be comparisons to the 1991 comedy classic, based on Roddy Doyle’s novel, DEADLY CUTS is totally different and more female focused & fun…

The feature debut from writer/director Rachel Carey, DEADLY CUTS had its world premiere at the Dublin International Film Festival earlier this year when it screened as the Closing Gala of the festival.