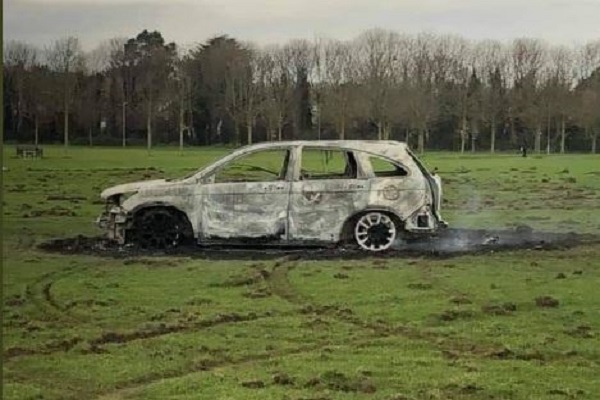 There’s anger in Cabinteely in Dublin after playing fields were heavily damaged by a car in the early hours of Saturday morning.

Deep ruts left by tyres surrounding a burnt-out car can be seen on footage posted on social media by Cabinteely FC.

The club, which uses the pitches at Kilbogget Park in south Dublin, says two are totally destroyed and won’t be usable for weeks or months.

Club secretary Jim Allen says it’s the second time it’s happened since the autumn — but this time the damage is much worse.

‘The Snapper’ Voted Most Iconic Dublin Movie Ever