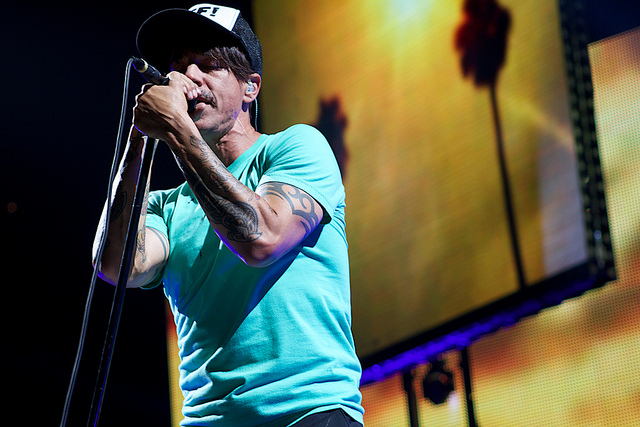 Anthony Kiedis frontman with the Red Hot Chili Peppers has spoken out about the rising threat of climate change.

In a Rolling Stone opinion piece, Kiedis referred to the financial, environmental and human cost of the world’s climate conditions. Referring to the spate of California forest fires that caused massive damage to the west coast of America the singer claimed were within 12 years of losing complete control.

Kiedis wrote of the damages that California recently endured, “California is on the front lines of the climate crisis. In 2017, Ventura was hit with the state’s then-largest wildfire burning nearly 300,000 acres. In early 2018, 23 people died in the Montecito mudslides.”

“Later in the year, the Camp Fire left the town of Paradise in total ruin, killing 86 people. At the same time, the Woolsey Fire destroyed 1,643 structures, killed three people and prompted the evacuation of more than 295,000 residents.”

“These extreme weather events are going to accelerate if we don’t act now. The toll on human life and the environment is unfathomable. These events also come with a monumental price tag. New figures released this week show 2018 global disasters cost $160 billion. A third of that total came from just four events in the U.S., with California’s Camp Fire being the costliest disaster of 2018 at $16.5 billion.”

Kiedis and his fellow Chilli Peppers were affected by the Woolsey Fire. He said he’d seen “firsthand how extreme weather events disproportionately impact low-income residents,” This inspired the formation of the Malibu Foundation which Kiedis had a hand in to “provide emergency relief assistance to people in need, help the community rebuild and put pressure on elected officials to take climate action now.”

The piece concludes that “According to the landmark report by the UN Intergovernmental Panel on Climate Change, we have only 12 years left to mitigate climate change. The clock is ticking. We need to come together and help solve the greatest threat to humankind and embrace our responsibility to be good stewards of the planet for future generations.”