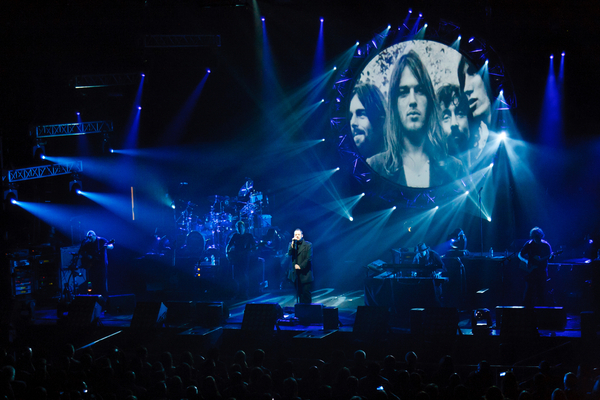 An appeal has been launched to save a pub with significance in British rock history from demolition.

In the late 1950s, David Gilmour and Syd Barrett are believed to have had their first encounter at a pub called The Crown in Cambridge. The pair would go on to form Pink Floyd in the following decade.

The Crown has since been renamed The Flying Pig in reference to Pink Floyd’s mascot.

As part of ongoing redevelopment plans, The Flying Pig is now facing the wrecking ball.

Developers Pace Limited had originally been granted permission to tear the pub down. Following a backlash by local groups, Pace changed their plans and submitted a bid to keep parts of the pub intact. These plans were rejected however.

In June, the pub’s managers Matt and Justine Hatfield said they had been given six months to vacate the property. The couple have resided above the pub for 24 years.

The couple took to Facebook and said they were “deeply saddened to announce that, despite the public outcry and overwhelming love and support for our gorgeous grassroots music venue ad real ale pub, the developer (our landlord) has issued us with six months notice to vacate our home and the business premises that is the Flying Pig in October 2021.”

The Hatfields said they had just been getting their business back on its feet after the pandemic. They had been holding live music performances in the pub’s garden.

The couple had been given a deadline of October 27th to leave their home and business. They have now submitted an appeal to the UK government’s Planning Inspectorate. A decision is not expected to be made until next year.

“A successful appeal will protect and preserve the Flying Pig,” said Pace Limited. “The [rejected] plans would have seen the Flying Pig preserved and enhanced with greater accessibility so that everyone in Cambridge and further afield could visit this popular free house, and live music venue.”

Earlier this month Pink Floyd drummer Nick Mason said he was “flabbergasted” by Roger Waters’ claims that he felt bullied by the other members of the band.

“I’m slightly flabbergasted by it,” Mason said. “But I think that’s a slightly over emotional way of putting that there was some sort of division within the band about. Because Roger was always looking beyond the music, in a way. I think it was artificial, but I think possibly there was the side that wanted to do inflatables and films, as well as music, and those who just wanted to do music. But, I don’t think they were mean to him, particularly. It’s hard to imagine being mean to Roger. Stalin was the bullied.”

Water had earlier said his bandmates felt he was “tone deaf” and “didn’t understand music.“