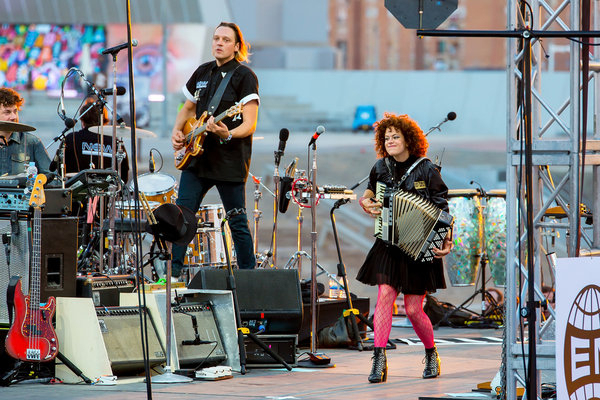 Arcade Fire will double up at the 3Arena on August 31st in Dublin amid significant interest in their Irish date from the day before.

The UK and Ireland leg of the trek also includes stops in Birmingham, Manchester, Glagsow, and the O2 Arena in London. Tickets are on sale now.

They also head to mainland Europe, their first show being in Lille, France on September 11. A North American leg has also been confirmed, which will wrap up with three shows in Canada at Toronoto’s Scotiabank Arena on December 1.

Arcade Fire is made up of husband and wife Win Butler and Régine Chassagne, alongside Richard Reed Parry, Tim Kingsbury and Jeremy Gara. The group is known for hits such as My Body is a Cage, The Suburbs and Ready to Start.

Support on the UK and Europe dates will come from Feist, while in North America special guest Beck will open with an acoustic set.

Arcade Fire Upcoming Tour Dates in Ireland and the UK are as follows: