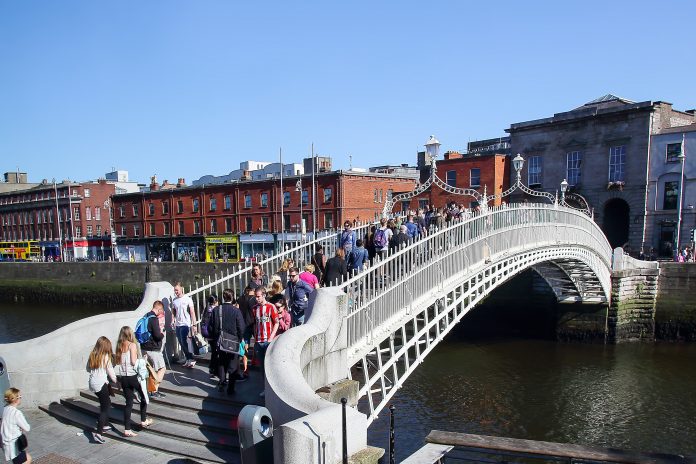 A banner supporting Dublin GAA will no longer be displayed on the Ha’penny Bridge in Dublin.

Last year it caused some complaints on social media.

The banner which says ‘Up The Dubs, Dublin City Supporting the Dubs’ has been placed on the bridge during the finals since 2011.

A spokesperson for Dublin City Council confirmed to The Irish Times that after a series of meetings it’s been agreed that the bridge is no longer an appropriate location for the display.