Advertisement
Home Music BARE Is Back! And It Looks Mad 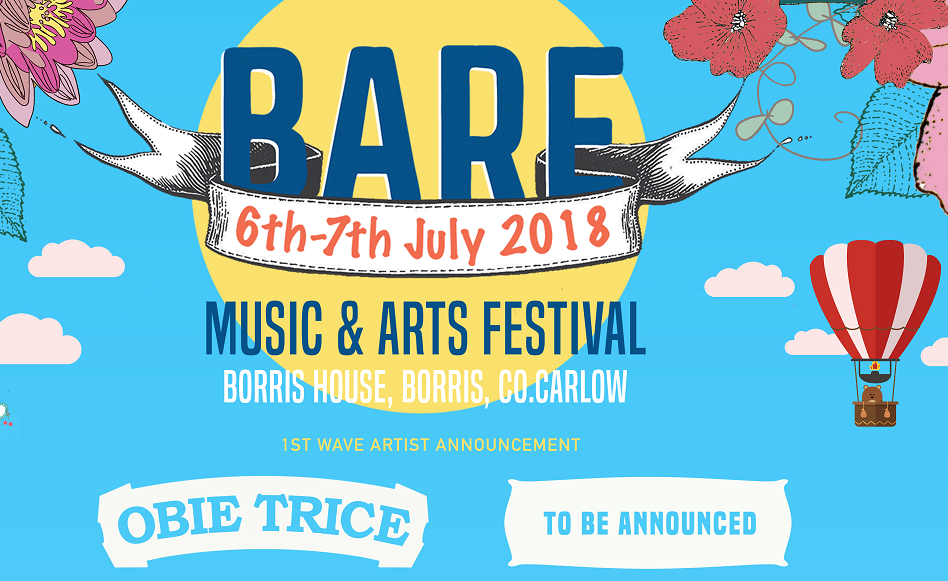 The award-winning BARE is back for 2018 and it’s bringing a mad line-up along with it including a ‘what-the-f*ck’ DJ set from Gok Wan!

This is not actually a joke!

Having won best one-day festival at the Irish Festival awards and selling out for three years in a row, #BARE18 is back announcing some incredible first round acts.

The festival takes place on July 6th and 7th at their new home in Borris House, Co Carlow. #BARE18 will take its rightful throne at the county pile of the High Kings of Leinster creating one of the most scenic festivals in Ireland across 1000 acres under the Blackstairs mountains.

So why the move to Carlow? When you see Borris House you will understand.

Headline acts over the weekend will include Obie Trice featuring Kuniva and Swifty D12, Wicklow’s God is an Astronaut and in the most bizarre news of the day – fashion star Gok Wan trades his clothes rail for a DJ deck with a set to raise the High Kings themselves!

Delighted to say that #BARE18 will be housed in this beautiful part of the country! For full details hit the #linkinbio #bareinthewoods

Other acts announced are The Lost Brothers, Seamus Fogarty, Kila Tebi Rex and YouTube Conor McGregor phenomenon Mick Konstantin. Natty Wailer is sure to bring some Jamaican vibes to and from closer to home, Wexford natives Corner Boy and Wolff complete the first wave of acts.

Can you picture it… a hot summers weekend, a location fit for a King, amazing music vibes, spoken word, comedy, live wrestling, artisan food, craft beers, funfairs, camping and much much more…#BARE18 it is!

More line-up and stage details to come in May. Watch this space. But for the meantime – tickets include weekend camping, day tickets, camper van passes and VIP upgrades and all are available at www.barefestival.com.