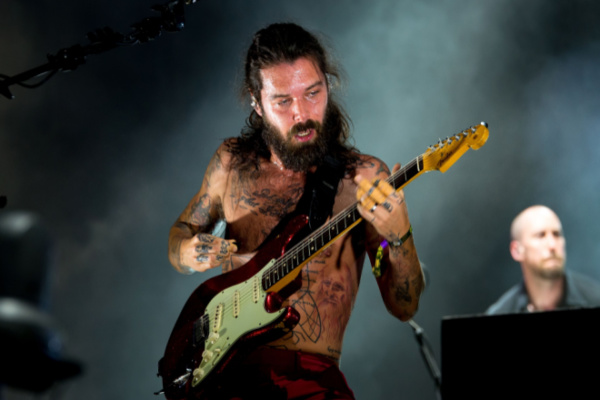 Biffy Clyro have confirmed details of a major live tour of the UK and Ireland for later this year.

Starting in Leeds on November 5, Biffy Clyro will be supported by the Architects on all of their UK and Ireland shows.

The Scottish group will also take to the stage at Birmingham, Bournmouth, Cardiff, Glasgow, Dublin and Belfast.

The band will hit Dublin’s 3Arena on November 8.

Tickets for these shows will go on sale on Friday 24 June from 9am. You can buy them here.

The UK and Ireland tour dates are as follows.

“It’s been way too long”, the band said.

“We are so excited to announce our tour of UK/Ireland this November and over the moon to have Architects join us on what is going to be a very special tour. You will not want to miss it”.

This is undoubtedly welcome news for fans, who were told by the band that they had to postpone their European Tour due to Covid-19 concerns back in January.

“We are gutted to be moving these dates again”, they said in a statement at the time. “but can’t wait to come out and see everyone when it’s safe to do so. Simon, James & Ben x”.

“All tickets purchased for the original dates will remain valid. We are sorry to announce that the show originally scheduled for Atlantico Rome is no longer possible, all ticketholders will receive a refund from point of purchase. Tickets bought for the original show in Milan will be valid for the new Carroponte show”.

There is more on this report from Nova here.

Back in February, Biffy Clyro also released their documentary, which focused on the making of their ninth studio album The Myth Of The Happily Ever After. More on this here.