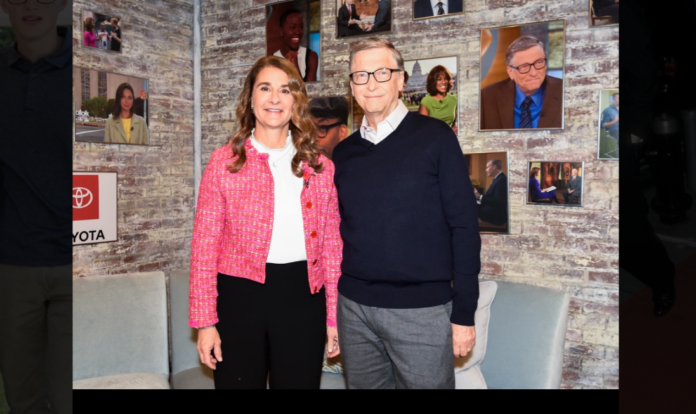 Microsoft co-founder Bill Gates and his wife Melinda have announced they are getting divorced. The couple had been married for 27 years. It is also possible that Melinda could get a billion dollar settlement from her soon to be former spouse.

Melinda Gates was an executive at Mircrosoft when she met Bill Gates. They married in Lanai, Hawaii and had three children, Jennifer, Rory and Phoebe. The couple formalised the Bill and Melinda Gates Foundation in 2000. They also put in $45 billion addressing major global issues, like poverty, and gender equality.

Gates wrote that they decided to separate following a “great deal thought and a lot of work”.

Noting that they had raised their “three incredible children” and helped people through their philanthropy work, Gates also added, “We continue to share a belief in that mission and will continue our work at the foundation, but we no longer believe we can grow together as a couple in this next phase of our lives”.

“We ask for space and privacy for our family as we begin to navigate this new life”, he concluded.

The couple’s eldest daughter Jennifer 25, wrote on her Instagram, “I’m still learning how to best support my own process and emotions as well as my family members at this time and am grateful for the space to do so”.

Last year Bill Gates became the second richest person with $124 billion. He stepped down from Microsoft’s fortunes to focus on their charitable endevaours.

It has been reported that Gates is still earning money at a quicker rate than he has donated it. He has donated $5 billion to charity since 1994.

He has also become a leading figure in the fight against Covid-19.

Following news of this divorce, that Gates fortune has been called into question.

Speaking on Netflix’s three part documentary “Inside Bill’s Brain” two years ago, Melinda said that after a year of dating each other, they were at a crossroads and Bill had to make a decision.

In that same documentary, Bill listed the pros and cons of marriage on a whiteboard.

On the documentary Melinda said, “His whiteboard had the pros and the cons of getting married”.

“She had other boyfriends, and I had Microsoft,” Bill said. “We were like, ‘Hey we are not really serious about each other, are we? We are not going to demand each other’s time”.

Bill also inisted that he took getting married “very seriously”.

He also added, “She’s a lot like me in that she is optimistic and she is interested in science. She is better with people than I am”.

“She’s a tiny bit less hard core about knowing, you know, immunology, than I am”.

Over 400 Drivers Caught Speeding On The Roads Yesterday