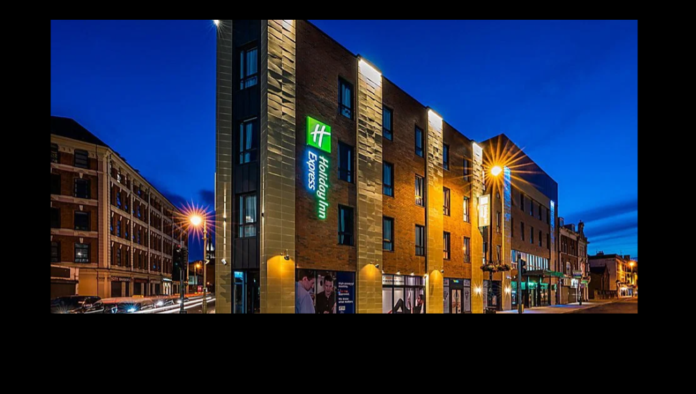 A Dublin man who claimed he travelled to Derry for a haircut appeared in court yesterday after he tried to break into a hotel.

36 year old Joseph McDonagh made the 235 km round trip to Derry for a haircut, with hairdressers in the south not opening until next Monday at the earliest.

This was confirmed by the Government last week. They announced that hair dressers and retail can return from May 10, along with inter-county travel. More on that news here.

Mr McDonagh was charged with attempting to break into the Holiday Inn Hotel in the city. He is also charged with causing criminal damage to one of the hotel doors.

“asleep in one of the hotel bedrooms”

Judge Michael Ranaghan was told by a police officer that police received a call during the early hours of Sunday morning from the maintenance manager about a possible intruder on the premises. The alarm system had been activated.

According to officers, the hotel’s CCTV showed “two men forcing their way into the hotel through a rear door”.

One of the men had left, but the other (Joeseph McDonagh), “was found asleep in one of the hotel bedrooms by the officers”.

Mr McDonagh’s sollicitor Keith Kyle said that his client was solely motivated by the desire to get a haircut.

“He’d arrived in Northern Ireland just a few days beforehand”, Mr Kyle said. “He said he came here because the barber shops in the Republic of Ireland had not yet reopened. It is a novel reason for coming here”.

When asked via video-link had he got the haircut, Mr McDonagh who has no fixed residence, replied, “No I didn’t your honour”.

Judge Michael Ranaghan described Mr McDonagh’s journey and attempt to get a haircut as a “waste of time”.

Mr McDonagh pleaded guilty to breaking into the hotel and causing criminal damage. He was issued with a 3 month prison sentence, suspended for 2 years. He was also fined €115.