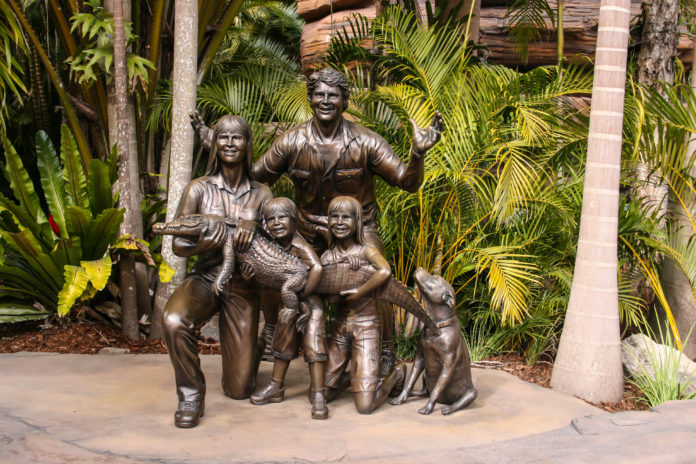 The children of the legendary Steve Irwin pay tribute to their late father on what would have been his 60th birthday, calling him “the greatest dad and Wildlife Warrior”.

The brother-sister duo have followed in their father’s footsteps by pursuing careers in environmentalism and television after Irwin’s passing more than 15 years ago.

Irwin, who took the world by storm with his gentle demeanor and fearless confrontation of dangerous wildlife, passed away in September 2006 after his chest was pierced by a stingray barb.

Sharing a photo of his father and himself as a child on a motorbike, Robert Irwin wrote: “Happy birthday Dad. Love & miss you every day. My earliest memories are my fondest thanks to you. Hanging on to the handlebars of the motorbike, on your morning lap of the moon. Every minute with you was a blessing. I’m gonna ride that lap on your old motorbike this afternoon.”

Robert’s older sister Bindi took to Instagram to post a similar childhood of her and her father.

Bindi writes: “Happy Birthday to the greatest dad and Wildlife Warrior. Today I’ll watch ‘The Crocodile Hinter’ with Grace Warrior and share stories about her incredible Grandpa Crocodile. I love you with all my heart, Your legacy lives on.”

Bindi references her daughter Grace in her post, who she shares with her husband, American former professional wakeboarder, Chandler Powell.