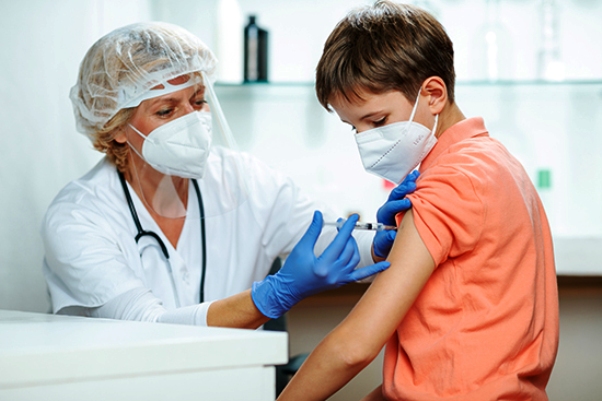 A health expert says the next step for Ireland’s vaccination programme could be protecting children under 12. It comes as BioNtech‘s chief medical officer’s told Der Spiegal, they expect to file results of trials in five to 11 year olds with regulators in the next few weeks.

Chief Medical Officer Oezlem Tuereci told the news weekly “Already over the next few weeks we will file the results of our trial in five to 11 year olds with regulators across the world and will request approval of the vaccine in this age group, also here in Europe.”

The confident statements illustrate why BioNTech, which collaborates with Pfizer, holds a strong hand in the race to win broad approval to vaccinate children below the age of 12 in western countries.

BioNTech has said it expected to file its regulatory dossier on the five to 11 year olds in September. It has also laid out plans to seek approval in children aged 6 months to 2 years later this year.

Tuereci also told Spiegel that final production steps were being adjusted to bottle a lower-dose pediatric version of its established Comirnaty vaccine. It is currently approved for adults and youngsters at least 12 years of age.

The raw trial data was now being prepared for a regulatory filing and “things are looking good, everything is going according to plan“, Chief Executive Ugur Sahin told Der Spiegel.

DCU professor of health systems, Anthony Staines, says children returning to school should be protected ”It’s likely that the vaccine approval will be sought for younger children. There are studies underway which are meant to end at the end of September. So you’d expect the applications would go in very shortly after that, depending on the results of the studies and we may hopefully be in a position to extend vaccinations to younger children.”

Thirty Thousand Euro Worth Of Drugs Seized In South Dublin

Leo Urges The Great Unvaccinated To Do The Right Thing For...