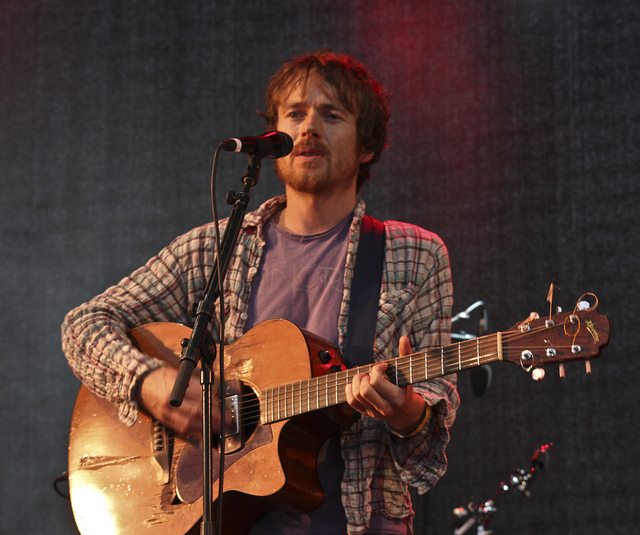 My Favourite Faded Fantasy is set for release in October and was recorded in Iceland and Los Angeles.

This is the singer’s third album, following 2002’s multi-selling O and 2006’s 9. Rice said the first official single from the record, titled ‘I Don’t Want To Change You’ will be unveiled later this month.

Speaking about the eight year gap, Rice said, “Sometimes you have to step away from what you love in order to learn how to love it again.”

The album was produced by Rick Rubin, Rice told Zane Lowe “I came to Rick mostly based on what i didn’t know about him, rather than what i did. For some reason i just had a feeling that i would feel comfortable being open and being me and being vulnerable with Rick.”

The legendary producer has worked with artists such as Tom Petty and the Heartbreakers, Black Sabbath, Red Hot Chili Peppers, Rage Against the Machine and Mick Jagger.

Get the track ‘My Favourite Faded Fantasy’ from midnight on @iTunes when you pre-order: http://t.co/lhjD20rszUhttp://t.co/76IF7667Jk

The record’s 10 songs include several tunes Rice has performed at gigs this year, including The Box and The Greatest Bastard. George Ergatoudis, head of music for BBC Radio 1 tweeted, “It’s not every day that I hear a new song that totally floors me, Just wait till u hear The Greatest Bastard.”

It’s not every day that I hear a new song that totally floors me. Today was one. Just wait till u hear The Greatest Bastard by @DamienRice

Rice’s new album is due to be released first in Ireland on October 31st.