The BSR debut gets a May 25th release here in Ireland!

Black Star Riders have finished work on their debut album, which will hit store shelves in May.
The album’s title will be “All Hell Breaks Loose” and has been produced by Kevin Shirley.
Lead vocalist Ricky Warwick says on the title: “I was watching a documentary about World War II bombers and saw the name painted on the side of one of the aircraft. The name just resonated with me and it seem to encapsulate the turmoil that we, as a society, are currently experiencing. The past few years have been such a wild ride and now with the release of the album, it sounded like a bad-ass album title that summed up what BLACK STAR RIDERS is all about.”
Western movie mad Ricky told us at NOVA last month, he came up the new band name after watching “Tombstone” 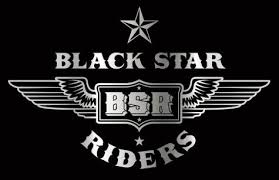