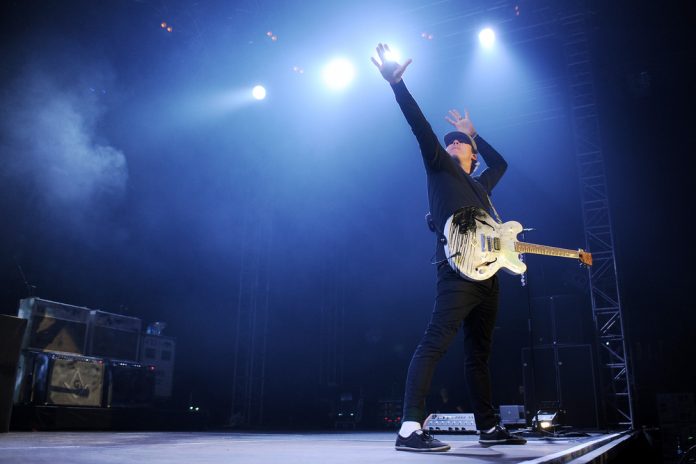 Tom DeLonge is an aliens super fan! The ex-Blink-182 frontman’s had a long-held obsession with UFOs. A teaser trailer is streaming below.

Spin reports that Since 2016 when he announced he had departed from Blink-182 to spend his life researching UFO’s.

DeLonge is the author of a number of books about our intergalactic friends and is the founder of an alien research group: ‘To The Stars Academy of Arts & Science.’

Back in 2017, DeLonge bagged an accolade for his dedication to the study of aliens. The musician was granted the title of “UFO Researcher of the Year” by the UFO website Open Minds TV.

Variety reported last year that DeLonge would be behind a TV series that focuses on his alien-centric graphic novel “Strange Times,” which is set to be aired by TBS channel.

A press release explains that the series will offer, “new evidence on UFOs,” and has “former Government Officials disclos[ing] new information in an effort to change Government Policy about the potential threats UFOs pose to U.S. National Security.”

Says DeLonge of the new show: “ I’m thankful to History for giving the To The Stars Academy team of […] experts the opportunity to tell the story in a comprehensive and compelling way. I think everyone that watches the show will walk away with questions answered and a feeling of, “wow, I get it now.”’

Springsteen On His Secrets To Staying In Shape At 71 Years...