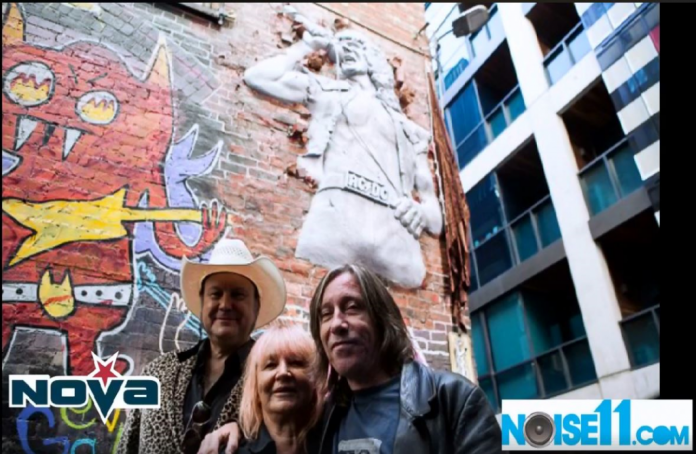 As mentioned in this morning’s Nova music news with Marty and Conor, a three metre-high and two metre-wide sculpture of ACDC’s Bon Scott was unveiled today.

‘Coming out of the historic Cherry Bar brick wall and looking down upon the famous AC/DC Lane, the new sculpture was commissioned by the bar’s owner James Young with backing from the local government’s Rockin’ The Laneways project and was designed by local street artist Mike Makatron.’

‘I’ve painted the laneway annually for about five years now, always a varied interpretation of the theme of music and it’s an honour to add a permanent 3D element that pays tribute to a great Australian rock and roll band and its lead singer Bon Scott, but also to music in general.’

Scott was found dead in his car in London on February 19th 1980 after attending a rock club. The details of his death have been disputed by Jesse Fink’s book Bon: The Last Highway. The book quotes UFO guitarist Paul Chapman as having been informed early that morning by Scott’s friend Joe Fury that Scott was dead. Chapman maintains Scott and Fury were with him the previous evening of the 18th and Scott left his apartment to buy heroin, never to return.