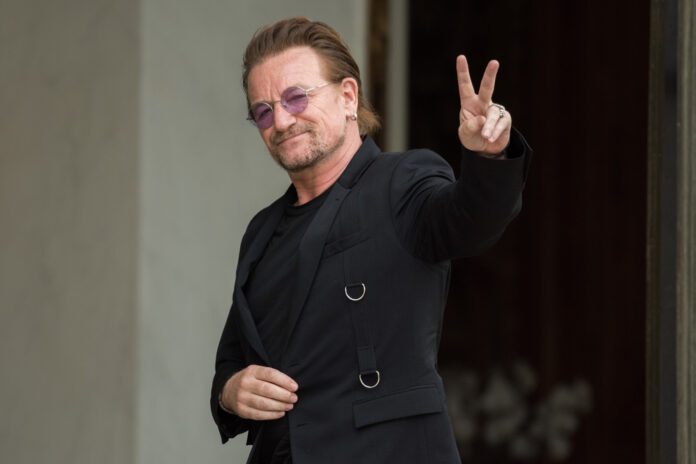 Bono has recalled the moment he met Ian Curtis for the first time on the Joy Division and New Order podcast, ‘Transmissions: The Definitive Story’.

The U2 frontman is the latest guest on the podcast series. The podcast tells the story of Joy Division and New Order. The two bands are of course heavily intertwined with each other after New Order was formed after the passing of Joy Division’s frontman, Ian Curtis.

The podcast features members of the two bands and has special appearances from the likes of Bono, Liam Gallagher, Johnny Marr and many more.

On the latest episode of the podcast, Joy Division drummer, Stephen Morris focuses on the time spent writing the band’s signature song ‘Love Will Tear Us Apart Again’ and how U2 turned up at their studios.

“A bunch of very young Irish boys turned up, who announced themselves as the band U2. Martin (Hannett) was being touted as the producer for their album” said Morris.

“I remember them filing into the studio while I was doing the tom break on ‘Love Will Tear Us Apart’ for the gazillionth time. The young lad with the strange name ‘Bono’ listened to what I was doing and he seemed rather taken with it”.

Morris went on to add “He said: ‘I don’t know what it is that you’re doing, but it adds a lot to the track’, which I thought was very nice of him. Martin took it as an indication that what I was doing was actually shit and binned it”.

It was then Bono’s turn to give his side of the story. He remembers “waiting in the green room” and being mesmerised at all the stuff Joy Division had.

“They had a lot of vinyl out: there was things like Frank Sinatra, Kraftwerk and Bartók. Here was classical music, electronic music, Frank-fucking-Sinatra. Who are these people”.

Bono remembers fondly of how nice Joy Division were to the band. He said they “were very kind, they came out to say hello to the band. We shook their hands”.

“Then this man with the weight of the whole universe in his voice, this crooner from some black hole — the dark lord — stepped forward and I was like: ‘Oh my god, I’m going to meet Ian Curtis’,” he continued. “I put my hand out and he went ‘Alright?’ And I couldn’t believe the sound he made.

“It was just this sweet, sweet sound. He was this beautiful soul but he sang from this other place…. Just the most gentle conversation and it was a very special moment.”