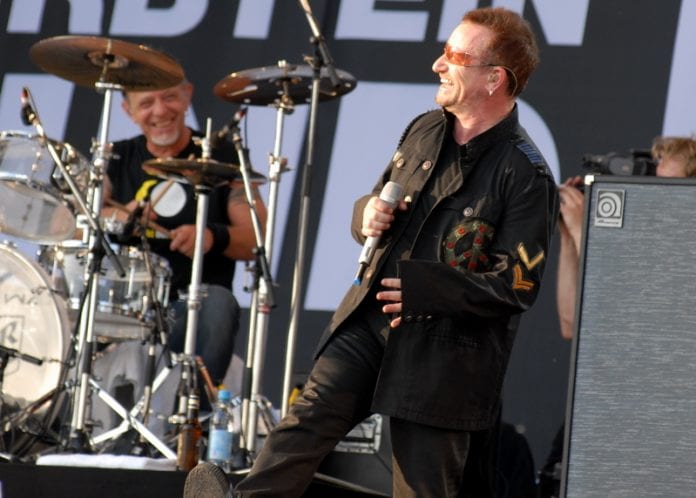 Bono has revealed that he thinks music has become quite ‘girly’ in recent times.

The U2 frontman was speaking to Rolling Stone when he made the remarks, discussing his children’s help in discovering music and how he felt about a rock ‘n roll revolution.

“Jordan is a music snob, an indie snob, Eve is hip-hop. Elijah is in a band, and he has got very strong feelings about music, but he doesn’t make any distinction between, let’s say, the Who and The Killers. Or, you know, Nirvana and Royal Blood.”

“It is not generational for him. It is the sound and what he is experiencing. He believes that a rock and roll revolution is around the corner.”

When pressed about his thoughts on this ‘revolution’ Bono went on to state his beliefs about music becoming ‘girly’: “There are some good things about that, but hip-hop is the only place for young male anger at the moment – and that’s not good.”

Bono discusses his band, fighting corruption, what he learned from almost dying and more https://t.co/2PyMS06jJR pic.twitter.com/7Pdxze8Biy

“When I was 16, I had a lot of anger in me, you need to find a place for it and for guitars, whether it is with a drum machine – I don’t care. The moment something becomes preserved, it is fucking over. You might as well put it in formaldehyde.”

The 57-year-old continued: “In the end, what is rock and roll? Rage is at the heart of it. Some great rock & roll tends to have that, which is why the Who were such a great band. Or Pearl Jam. Eddie has that rage… It will return.”

What do you think of the comments?