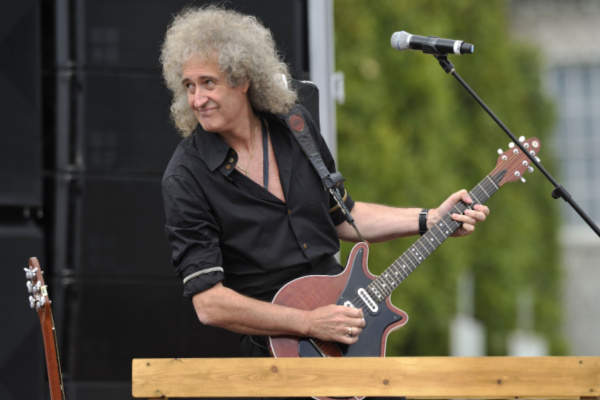 Brian May has heaped the praise on his “close friend” Tony Iommi for his performance at the opening ceremony of the Commonwealth Games, calling his exploits “monumental”.

Iommi performed at this opening ceremony alongside saxophonist Soweto Kinch. They performed a dream sequence of the track ‘Hear My Voice’. This track is also based from the film ‘Trial Of The Chicago Seven’.

Taking to social media, Brian May paid homage to his “close friend”, describing his performance as “monumental”.

“Wow !!! Monumental !!! Finally managed to find a clip from backstage of TONY IOMMI’s brilliant opening piece for the Commonwealth Games – symbolising the pursuit of excellence, the endurance of Rock, and … the spirit of Birmingham!!”, May wrote.

“So proud of my dear friend – I have some idea of the pressure on his shoulders in that moment !!! Magnificent !!!”.

“@TonyIommi, I was really proud to see you tonight at the opening of the Commonwealth Games in our home town of Birmingham”, he added.

. @TonyIommi, I was really proud to see you tonight at the opening of the Commonwealth Games in our home town of Birmingham pic.twitter.com/1YyOTNdvmd

Ozzy Osbourne also collaborated with Tony Iommi to release a new single called, ‘Degradation Rules’.
Along with praising the exploits of Iommi, Ozzy Osbourne also wished he was able to perform at the event, having been recuperating from major surgery.
“This was played at the end of today’s #CommonwealthGames. I really wish I could have been there with you all”, Ozzy wrote. “Just amazing for Birmingham!”.
Osbourne had also shared footage of his track ‘Paranoid’, which was being played by the BBC at the games. See that post, along with Nova’s report on this story here.