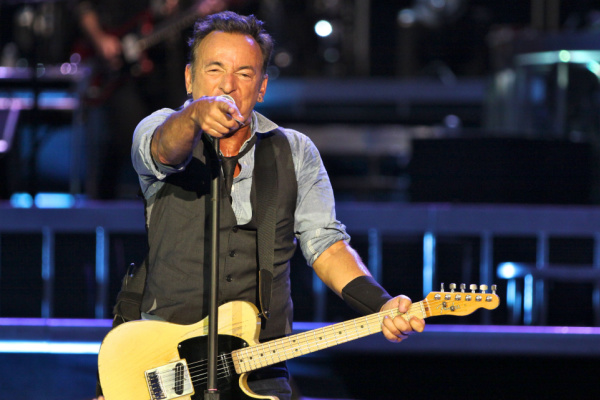 Bruce Springsteen has confirmed plans to release a box set filled with 5 previously unheard albums, which were recorded during the 1990s.

It has already been a very busy month for ‘The Boss’, having already released his recent covers album ‘Only The Strong Survive’, which arrived on November 11.

Bruce’s 'Only The Strong Survive' is out today via Columbia Records, a collection of 15 soul music greats that comprise his 21st studio album. Listen Here: https://t.co/gK0kroGh84 pic.twitter.com/G5c15mbtgh

“Cleaning out the vault”

Bruce Springsteen explained that he assembled this collection of previously unreleased albums, having spent a recent winter “cleaning out the vault”.

“Some of it is older stuff that the band plays on, and some of it is newer stuff where I was conceptualizing during that period of time. It’ll give people a chance to reassess what I was doing during that time period. Also, a lot of the stuff is really weird…I can’t wait to see the response to some of it”, he explained.

“actually made a lot of music”

He added that these albums were mainly recorded during the 1990s, contrary to claims made that the singer did not release much material in that decade.

Springsteen also explained that the box set may follow in the footseps of ‘Trucks’ a set of unreleased songs he released in 1998.

“I have a box set of five unreleased albums that are basically post-1988”, he said.

“People have always wondered…People look at my work in the ’90s and they go, ‘The ’90s wasn’t a great decade for Bruce. He was kind of doing this and he wasn’t in the E Street Band…’ I actually made a lot of music during that period of time. I actually made albums. For one reason or another, the timing wasn’t right or whatever; I didn’t put them out”.

Elsewhere, Bruce Springsteen also addressed a rumour that one of these unheard albums is entirely based on drum.

“That’s going to be as weird as people think it’s going to be,” the singer stated. “But it uses all drum loops and things like that, and it uses synthesizers. I like the record myself. But the first thing we’re putting out is a series of albums. It’s going to be so interesting to see the fan response because I love them all”.