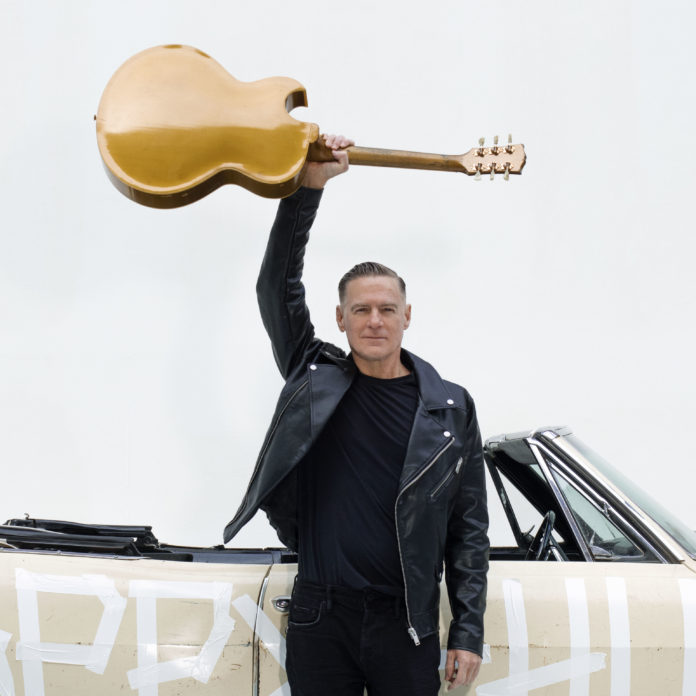 Widely considered one of the most iconic rock musicians in the world, Adams has countless accolades and awards and has sold more than 65 million albums worldwide.

The tour is in support of his 15th studio album set for release in March 2022, aptly titled So Happy It Hurts.

The Canadian rocker is also set to play a string of Las Vegas dates in November. Bryan will perform at the Encore Theatre at Wynn Las Vegas on November 10th, 12th, 13th, 17th, 19th and 20th. The shows will mark Adams only North American shows for 2021.

Bryan Adams recently signed a global recording agreement with BMG Records to release his upcoming studio album, marking his first new label deal in more than 40 years. Adams said in a statement, “I’m delighted to join the BMG team, and can’t wait for everyone to hear the new music.”

Bryan Adams says that during every concert, he’s always looking for ways to connect with the crowd and get them personally involved with the show, “I’ll see someone out there and it’ll just spur on some sort of barrage of comments and then from there just get people involved and then next thing you know, someone will yell something. It’s called audience participation really. It’s also just trying to have laugh with everybody. If somebody wants to hear a song, y’know, sometimes we drag ’em up on stage.”