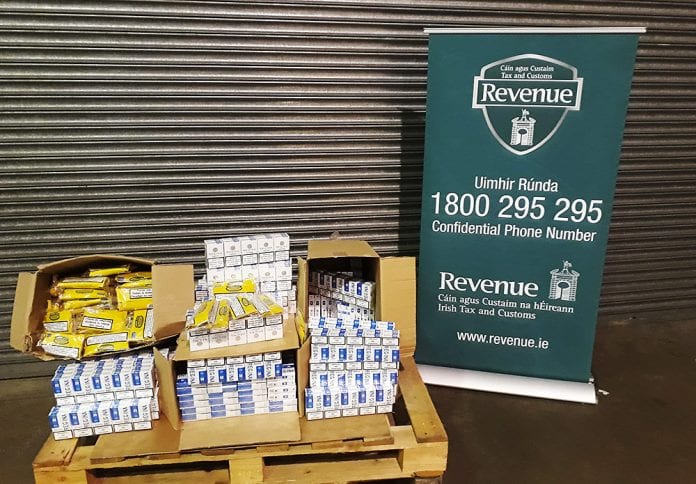 Cannabis and cocaine thought to be worth a million euro have been seized in Dublin.

The drugs were found during searches at a business in the Ballycoolin area of Blanchardstown yesterday. Revenue detector dog, Meg, helped officers sniff them out. A 43-year-old man has been arrested. 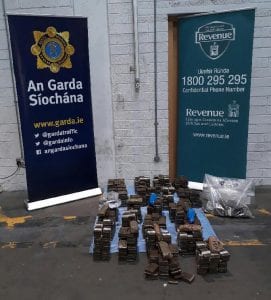 Following an intelligence-led, joint operation by Revenue, the Garda National Drugs and Organised Crime Bureau and the Special Crime Task Force, Revenue officers seized 140kg of cannabis resin and 3kg of cocaine, with a total estimated value of €1M, at a business premises in Ballycoolin, Blanchardstown, Dublin 15.

Revenue detector dog, Meg, was deployed in this operation, which is part of ongoing, joint investigations targeting drug importations in the greater Dublin area.

A 43-year-old Irish man was detained by Gardaí under Section 2 of The Criminal Justice (Drugs Trafficking) Act 1996 and is currently being held at Ballyfermot Garda Station. Investigations are continuing with a view to prosecution.

If you have any information about smuggling, contact Revenue’s Confidential Freephone 1800 295 295. 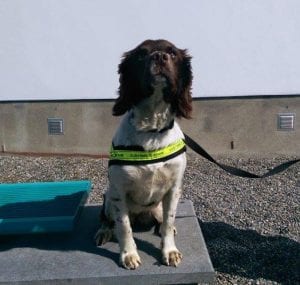 The smuggled cigarettes, branded ‘Regina’, and the tobacco, branded ‘Amber Leaf’, have a combined retail value of more than €14,500.

Revenue officers, supported by the Garda Armed Support Unit, seized the cigarettes, and tobacco and the car travelling south on the M1 motorway in County Louth, was intercepted.

The smuggled cigarettes and tobacco, have a combined retail value of more than €14,500, representing a potential loss to the Exchequer of more than €11,600.

A man in his late 20s was questioned and investigations are ongoing.

The majority of people pay the right amount of tax and duty. If you know someone is evading tax or involved in smuggling, report it. Contact Revenue’s Confidential Freephone 1800 295 295. 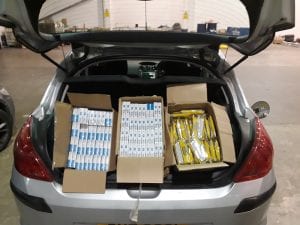 Threat Of Strike Action As Teachers Call For Equal Pay