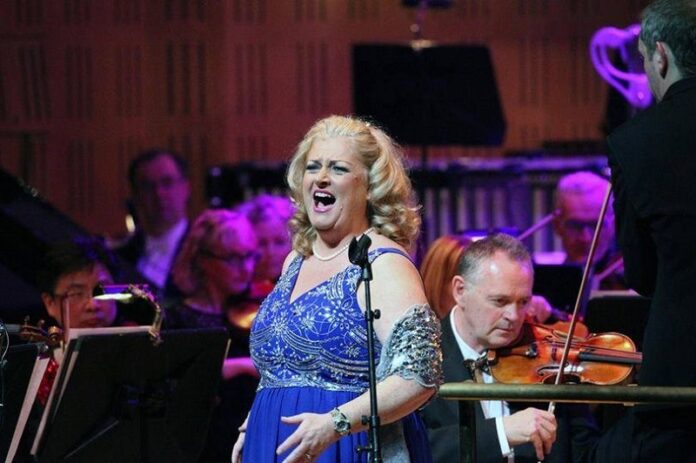 Tributes have been paid to Cork opera singer Cara O’Sullivan who passed away yesterday. She died aged 59 after being diagnosed with early on set dementia in 2018.

O’Sullivan grew up in Cork and both her parents and grandparents were singers. She graduated Cork music school and performed all over the world including the Paris Opera, London’s Royal Albert Hall and the Sydney Opera house.

In 1997 and 1998 she starred as the Queen of the Night in the Opera North performances of The Magic Flute.

In 2019 she received the inaugural Cork Culture Award from the then Lord Mayor of Cork, Mick Finn.

The Irish National Opera artistic director Fergus Sheil said “The untimely passing of soprano Cara O’Sullivan has robbed Ireland of one of its greatest operatic talents. Cara possessed a voice of pure beauty. She had virtuosic skills and when she unleashed her vocal fireworks, she made time stand still.”

“Cara’s voice had a liquidity and flexibility that could tackle some of the most demanding and glistening soprano repertoire. But her voice was only part of the attraction.”

“Cara had a warmth to her personality that never failed to draw in audiences. She knew how to command attention, she strode onto the stage as though it were her own kingdom and she fed off the audience’s rapt responses”.

So sad to hear of the passing of Cara O’Sullivan. A beautiful voice and the kindest person. We will never forget the emotional energy she created before our games “Until you hear that bell, that final bell,
Stand up and fight like hell!”
RIP Cara. pic.twitter.com/TqSo7Zoo0w

Former Cork Lord Mayor, Mick Finn also paid tribute by saying “Very sad to hear of the passing of Cork’s own international superstar, Cara O’Sullivan. From the main opera house in Cork to the one in Sydney, she graced every stage with charm, wit and technical brilliance. Farewell to Cork’s diva…Vissi d’Arte (I Lived For My Art)“.

The Taoiseach said “She had a beautiful voice and the warmest personality. Cork is very proud of her legacy and I will always value our friendship. Deepest sympathy to Christine and her wider family. RIP Cara”.

Minister Coveney said “Cara was such a talent and such a big, warm personality, loved by so many people in Cork and Ireland. RIP.”

O’Sullivan is survived by her daughter Christine and her siblings, Aoife, Nuala and Jim. A private family funeral will be held in accordance with the HSE’s guidelines on funerals.

Liam Gallagher Reacts To Claims His Fashion Label Is Under Review