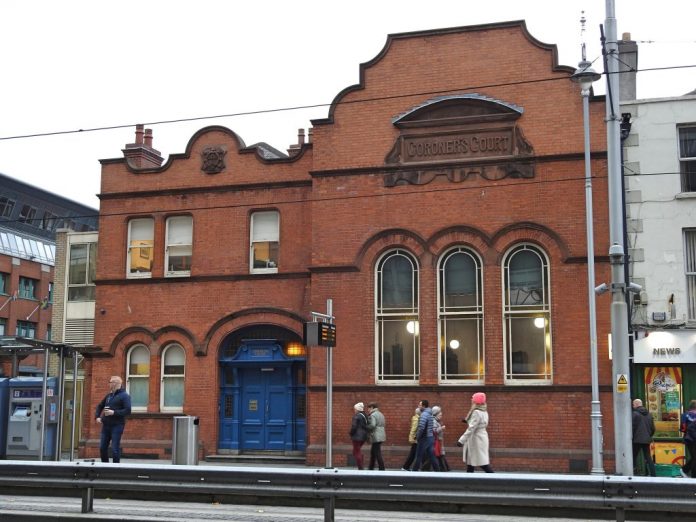 The Carrickmines fire inquest is due to hear evidence about the post mortem examinations carried out on the ten people who died in the 2015 blaze.

Five adults and five children lost their lives when a caravan caught fire on a halting site in south Co. Dublin.

A decision by the DPP not to bring criminal charges in relation to the tragic fire that claimed the lives of ten people at Glenamuck halting site in the early hours of Oct 10th 2015 paved the way for a full inquest to take place.

It reopened before at Dublin Coroner’s Court last week and the jury heard harrowing details about the efforts to save those inside Thomas Connors’ mobile home.

One family member went into the burning caravan three times and managed to rescue a young boy. Another plucked a 6mth old baby from her cot.

She was brought to another caravan that was just one metre away from Mr Connors’ but sadly the fire spread to that too and baby Mary was later pronounced dead in hospital.

The jury heard a chip pan on an electric cooker being the most likely cause of the fire and one expert said toxic smoke would have filled the caravan within minutes.

Evidence in relation to the post-mortems that were carried out afterwards to establish how the victims died is due to be heard today.

Simon Harris: Trick-Or-Treating ‘Is Not A Good Idea’ This Year