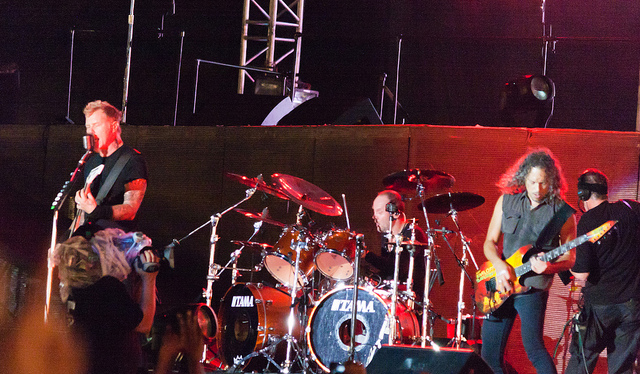 According to Consequence of Sound, Jon Zazula, who gave Metallica their first ever record deal, once revealed that Ulrich once thought about the idea of being the band’s singer. That was at the beginning of the band’s career. “James wasn’t the most confident of singers. I don’t think he felt comfortable. At one point there was even talk of Lars becoming the frontman. For about five seconds.”

Thanks to a new video shared by the group, we have been given a sample of Ulrich’s singing skills in a new rehearsal clip. The footage ws shot in the tuning room Mon October 18th before Metallica’s show in Pittsburgh, Pennsylvania.

At roughly 7mins 30 secs, Lars says to his bandmates, “Let’s play ‘Delivering the Goods’,” from the Priests’ 1978’s Killing Machine. The metallers then lash into the song, with Ulrich on the mic with his gruff voice for a couple of verses.