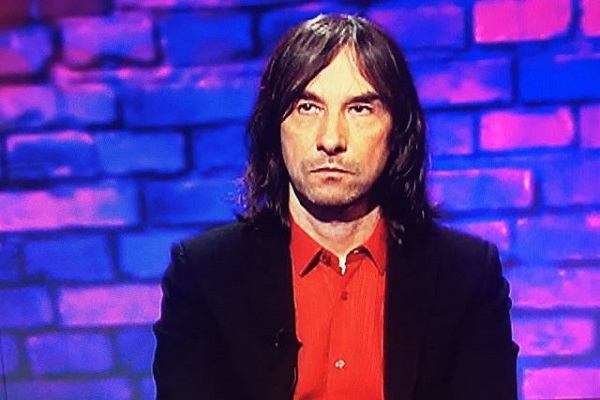 On Thursday night, Primal Scream’s lead singer, Bobby Gillespie, was a guest on the BBC’s ‘This Week’. The NME reports that he was there to offer his thoughts on a Hard Brexit and why it could be a catastrophe for the UK.

Outspoken musicians are nothing new and despite being a rocker who has previously been mistaken for a walking pharmacy, Gillespie was making an intelligent argument. However, what happened next is truly magnificent.

As the show drew to a close, host, Andrew Neil, attempted to get his guests to accept the Skibidi challenge. NME’s Nick Reilly describes the dance as an annoying craze ‘that is infecting the internet like a bad case of the clap.’

Bobby Gillespie's face as Flint, Portillo and Neil danced around him should win award for TV moment of the year. #bbctw pic.twitter.com/bQdp6vBTXB

Neil joined forces with none other than Michael Portillo and Labour’s Caroline Flint in providing a cringe-worthy attempt.

However, Boby Gillespie was wise enough not to lower himself to their level of jaw-dropping awkwardness. Instead, the legend just sat there as animated as a tombstone. Respect. Of course, the internet went berserk! Check out the clip below.

Note: As long as Bobby stares into the abyss, he keeps it at bay. However, any quixotic rescue attempt will result in temporal confusion, national hubris & spiritual failure #letsrock pic.twitter.com/0hMyD83xTG

The Eagles’ “Millennium Concert” Available On Vinyl For The First Time