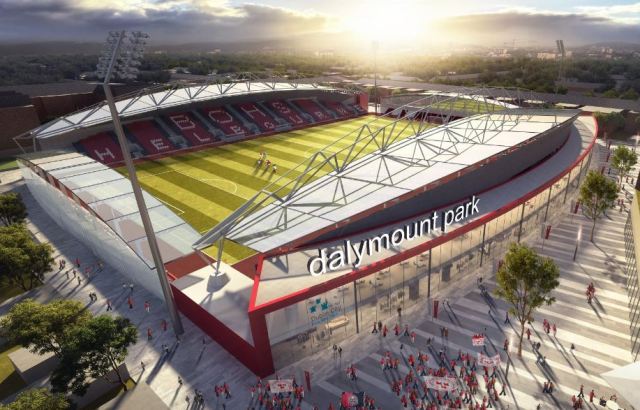 The F-A-I have welcomed plans by Dublin City Council to redevelop Dalymount Park.

The spiritual home of Irish football will see the construction of a new 6,200 capacity all-seater stadium, with an interactive museum as part of the proposal.

The redeveloped ground will be shared by Bohemians and Shelbourne, and both Dublin clubs have also praised the proposals.

Dublin City Council today announced it will go ahead with the long-awaited development of the home of Bohemians FC into a Uefa Category 3 stadium.

Bohemians sold Dalymount Park to Dublin City Council in November 2015, and it was announced in October 2016 that the club will ground-share with north side rivals Shelbourne once the redevelopment is complete.

Lord Mayor of Dublin, Cllr. Nial Ring is positive about the future of Dalymount Park.

“Having attended a presentation on the detailed appraisal for the Dalymount Park Redevelopment, I, like the representatives of Bohemians, Shelbourne, FAI and local councillors who attended am very positive about the project moving forward.

“I have great confidence in Dublin City Council to deliver a municipal stadium that will be a cornerstone to the community of Phibsborough for many years to come.”